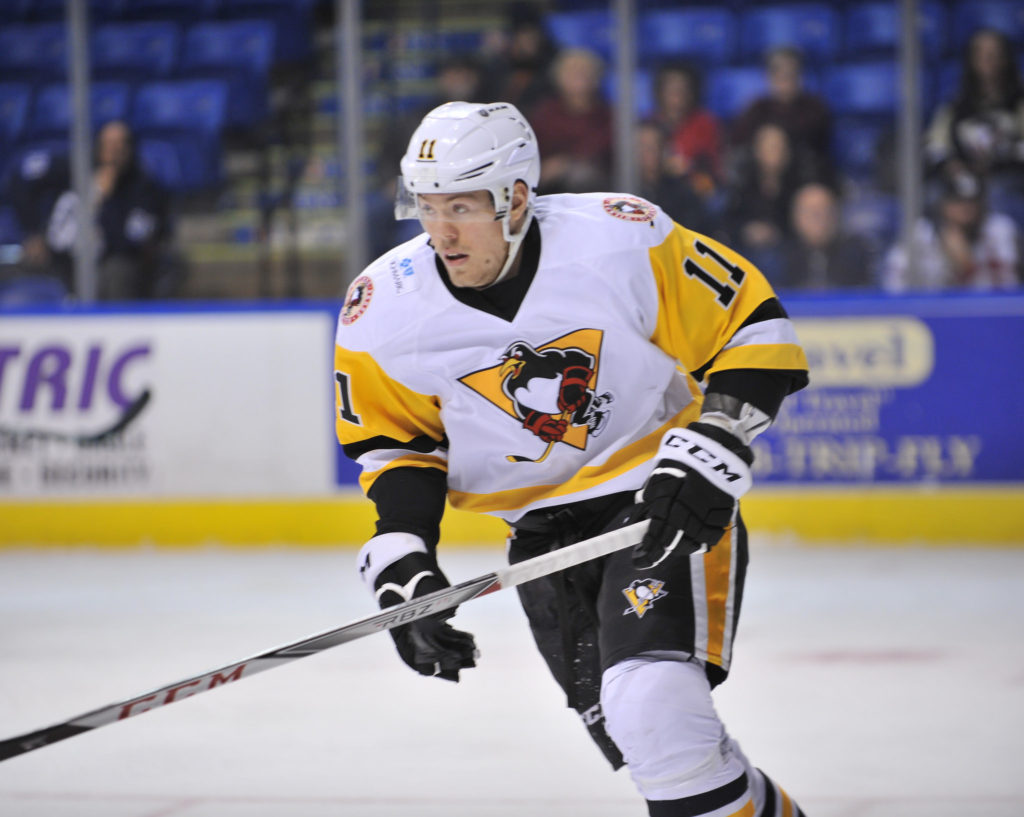 The Pittsburgh Penguins have recalled forward Daniel Sprong from the Wilkes-Barre/Scranton Penguins of the American Hockey League, it was announced today by executive vice president and general manager Jim Rutherford.

Forward Dominik Simon has been re-assigned to WBS.

Sprong, 20, recorded his second hat trick of the season yesterday against Hartford, bringing his season totals to 18 goals, 10 assists and 28 points in 29 games. His 18 goals rank second overall in the AHL, while his 28 points are 15th-best. Sprong has seven power-play goals, which ranks fifth (tied) in the league.

The 6-foot, 180-pound Sprong recorded six points (3G-3A) in his final two games before getting recalled. His first professional hat trick came back on October 20 against the Laval Rocket.

Wilkes-Barre/Scranton’s next game is tonight, Saturday, Dec. 30, when they travel down I-81 to take on the Hershey Bears. Wilkes-Barre/Scranton’s next home game will be in the New Year, as the Bridgeport Sound Tigers visit Mohegan Sun Arena at Casey Plaza on Wednesday, Jan. 3. Puck drop between the Penguins and Sound Tigers is scheduled for 7:05 p.m. Individual tickets for all Penguins home games are available at the Mohegan Sun Arena at Casey Plaza box office, online at TicketMaster.com, or by calling 800-745-3000.

NEW LEARN TO SKATE AND PLAY PROGRAMS AT THE TOYOTA SPORTSPLEX

TELL US YOUR 20 SEASONS STORIES