The Wilkes-Barre/Scranton Penguins are north of the border for their first ever matchup against the Belleville Senators at Yardman Arena.

Friday’s game is the second of two meetings between the clubs this season.

RECENT ACTION
The Wilkes-Barre/Scranton Penguins rode two goal nights from Christian Thomas and Jean-Sébastien Dea to a commanding 6-0 victory over the Belleville Senators last Saturday night. Thomas came up with the game-winner when he rocketed home the first goal of the game by unloading a wicked wrist shot that went up and over Belleville goalie Chris Driedger at 7:47 of the first period. With the AHL All-Star rosters being officially announced Casey DeSmith came out to show the Senators why he was named to the Atlantic Division team, all 24 shots he faced to record his second shutout of the season.

The Belleville Senators coughed up a first period lead to the Rochester Americans on Wednesday night, before being able to tie the game up with just 15 seconds left in regulation before and winning the game, 3-2, in overtime. Jordan Murray scored the winning goal 3:18 into the extra frame. Andrew Hammond made his successful return to the Senators roster after being sent down from Colorado as he stopped 21 of 23 shots from the Americans. 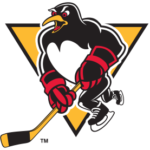 Garrett Wilson is on a four-game point streak and has six points (1+5=6) since the holiday break. Points in four-straight games ties an AHL career high for Wilson.

Teddy Blueger has now scored three of the Penguins six overtime game winners, and leads the AHL in that category. 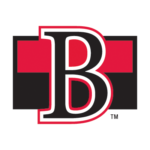 Right wing Gabriel Gagne leads the Sens with 12 goals this season, and has 15 points in 37 games. Last year her recorded six points (2+4) in 41 games.

Goaltender Andrew Hammond, who leads the Senators with an 8-6-2 mark, was recalled by the Colorado Avalanche on Thursday.

CONNECTIONS
Chris Kelly and Christian Thomas played on the first line together for Team Canada at the Spengler Cup tournament last month in Davos, Switzerland. Thomas and Kelly, who led the team to the tournament title, each notched an assist in the tournament, and were named to the Canadian Olympic Team on Thursday.