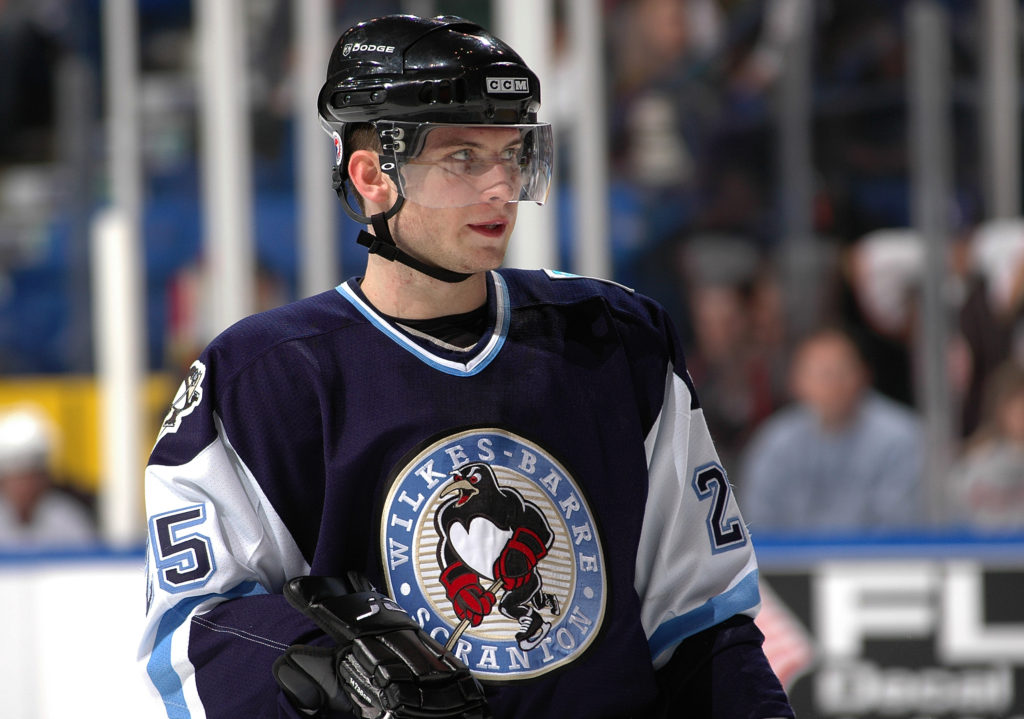 Former Wilkes-Barre/Scranton Penguins forward Tomas Surovy has been named to the roster for Team Slovakia at the 2018 Winter Olympics in PyeongChang, South Korea.

A fourth round selection in the 2001 NHL Entry Draft by the Pittsburgh Penguins, Surovy spent parts of five seasons with Wilkes-Barre/Scranton (2001-06), appearing in 239 regular season games with the club.  The left wing currently ranks second on the Penguins’ all-time lists in goals (89) and points (187); is tied for second in game-winning goals (14); and is fourth in power play goals (27).

Surovy appeared in 126 gams with the Pittsburgh Penguins between 2002-2006, posting 59 points (27+32) and 71 penalty minutes.  He has been playing professionally in Europe since the start of the 2006-07 season, and currently suits up for his hometown team, Banská Bystrica HC 05, in the Slovakian Extraleague.

Surovy has previously represented Slovakia at the 2006 Turin and 2014 Sochi Games, recording two points (1+1) in 10 Olympic contests.  He is the seventh former Wilkes-Barre/Scranton Penguins skater to be named to his national team for the 2018 Winter Olympics.

The Men’s Ice Hockey Tournament begins on Wednesday, February 14 with preliminary round play, and runs through the gold medal game on February 25.

TONS OF FUN THIS WEEKEND WITH THE PENGUINS