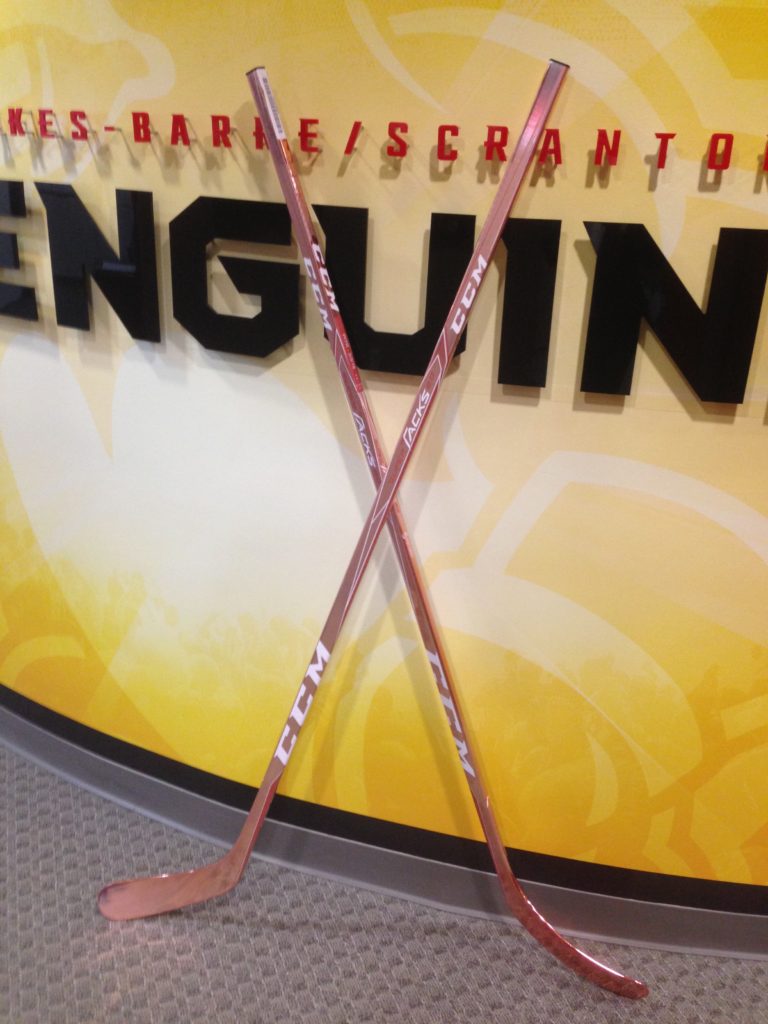 We’re excited to be holding our first ever PINK STICK AUCTION during Saturday night’s PINK IN THE RINK game between the Wilkes-Barre/Scranton Penguins and Lehigh Valley Phantoms, and wanted to fill our fans in on some of the auction rules in advance.

Penguins players will be using pink sticks during warm ups for the game, and signing them once they come off of the ice.

These sticks will then be transported to the concourse during the first period.

In order to take part in the evening’s auction, fans will have to register and receive a bidding number.  Registration will take place during pregame and the first period at the auction table, and the auction will get underway at the start of the first intermission.

Fans will write their bids on a bid sheet (see sample photo), using their auction numbers as identification.  All sticks will start with minimum bids of $150, and the minimum bid increment for all auctions will be $5.

Bidding will end at the start of the third period, and winning bid numbers will be announced on the videoboard.

Winning bidders will be able to pay for and pick up their sticks at the Penguins Team Store located on the concourse during the third period.