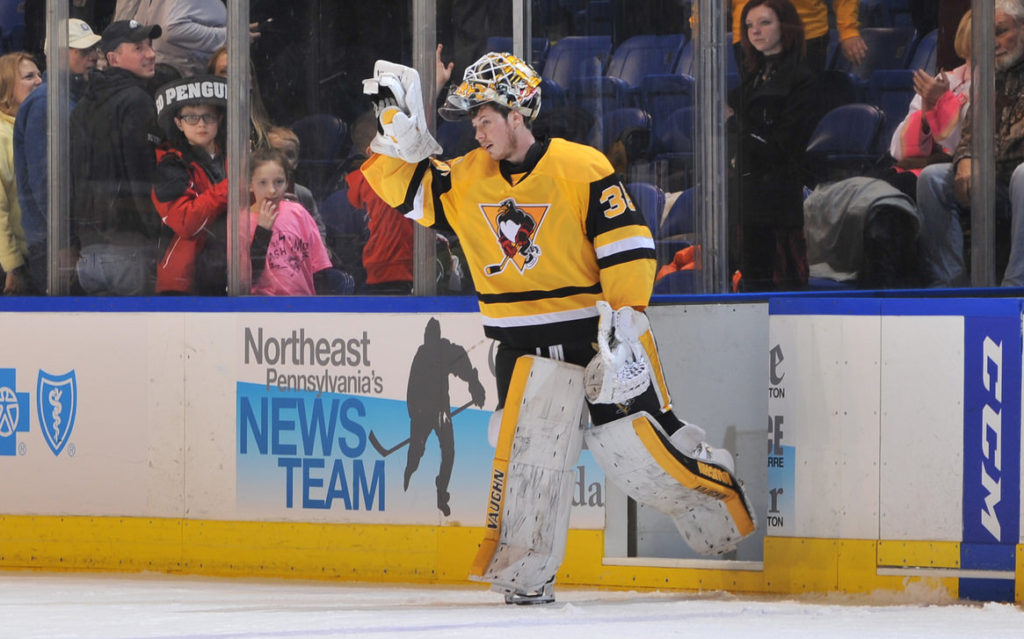 Goaltender Casey DeSmith has been re-assigned to Wilkes-Barre/Scranton.

Jarry, 22, won all three of his starts during his recent stint with Wilkes-Barre/Scranton, allowing a total of just five goals and stopping 80 of 85 shots (.941 SV%) during that span. Overall this season, Jarry is 6-2-0 with a 2.60 goals-against average and a .914 save percentage in eight AHL contests.

At the NHL level, Jarry has compiled a 9-4-2 record in 18 games. His nine wins rank second among NHL rookies.

DeSmith appeared in five games with Pittsburgh during his recent call up, making his NHL debut on January 18 against the Los Angeles Kings and posting a 3-1 win.  He has posted a 3-3-0 mark with a 2.23 goals against average and .926 save percentage.

Selected as an AHL All-Star, DeSmith has a 12-5-2 mark with a 2.53 goals against average and .915 save percentage in 19 games with Wilkes-Barre/Scranton this year.

The Penguins hit the road for four straight games, beginning this Wednesday against the Springfield Thunderbirds.

The team’s next home game is on Saturday, February 17, when they face off with the Utica Comets.  Tickets are available at the Mohegan Sun Arena box office, online at TicketMaster.com, or by calling 570-208-7367.