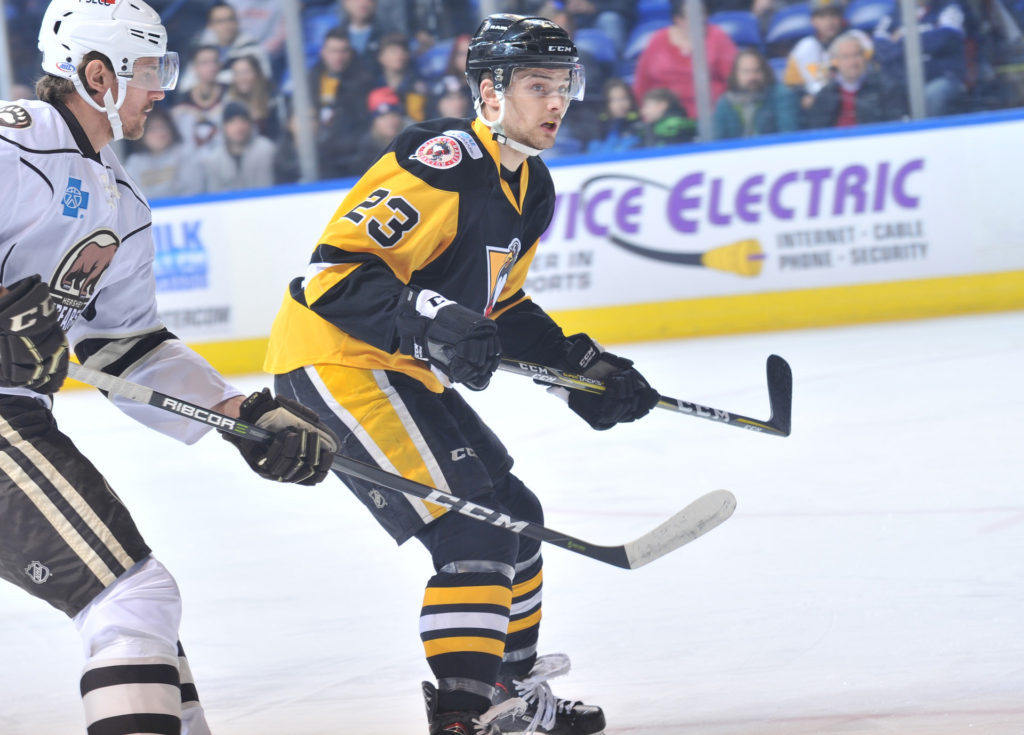 The Pittsburgh Penguins have recalled forward Teddy Blueger from the Wilkes-Barre/Scranton Penguins of the American Hockey League, it was announced today by executive vice president and general manager Jim Rutherford.

Patric Hornqvist and Tom Kuhnhackl have been placed on IR.

The 23-year-old Blueger will look to make his NHL debut as the Penguins leave for their ninth annual Dads’ Trip to face Dallas and St. Louis.

A native of Riga, Latvia, Blueger has seven points (3G-4A) in his last 14 games. Blueger had points in seven of those 14 contests.

Blueger was drafted by Pittsburgh in the second round (52nd overall) in the 2012 NHL Draft. This is Blueger’s second full season with Wilkes-Barre/Scranton. Last year he finished third on the team with a plus-24 and tied for ninth on the team with 31 points.

Wilkes-Barre/Scranton’s next game is Friday night against the Providence Bruins at the Dunkin’ Donuts Center.

Wilkes-Barre/Scranton’s next home game is Saturday, Feb. 17, when they’ll take on the Utica Comets for the first time this season. Puck drop between the Penguins and Comets is scheduled for 7:05 p.m. at Mohegan Sun Arena at Casey Plaza.

PENGUINS TO TAKE PART IN PROSPECTS CHALLENGE THIS WEEKEND