The puck will drop at the 2018 Olympic Winter Games on Wednesday, February 14, with a pair of opening round games taking place at 7:10 am Eastern Time. And there will be no shortage of familiar faces for Wilkes-Barre/Scranton Penguins fans throughout the tournament.

In addition to current Penguins forward Christian Thomas, nine former Wilkes-Barre/Scranton Penguins will be pulling on jerseys for their national teams in Pyeongchang, South Korea.

Here’s a quick look at theses blasts from the past with ties to our team. 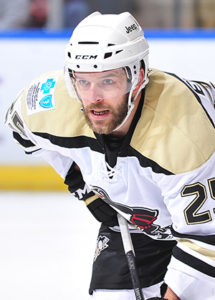 Ebbett has spent the past three seasons in Switzerland with Bern SC. He currently he has 46 points (13+33) in 47 games with the club this season. 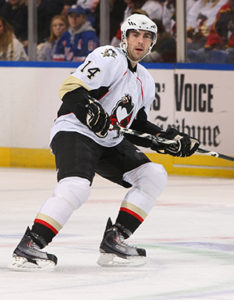 Prior to his time with the Penguins, Lee saw action with the Albany River Rats, Bridgeport Sound Tigers, Omaha Ak-Sar-Ben Knights and the Iowa Stars in the AHL.

He ventured overseas starting in 2010-11, and for the past five seasons has been a mainstay on the blueline for Magnitogrosk Metallurg in the KHL. He finished second on the team in scoring last season with 65 points (14+51) in 60 games.

Ondrej Nemec (D) – Drafted 35th overall in the 2002 Entry Draft by the Pittsburgh Penguins, Nemec played part of one season with the Wilkes-Barre/Scranton (2003-2004), appearing in seven games and scoring a total of three points (1+2).

After leaving the Penguins, the defenseman returned to Europe where he has played for 14 seasons in the Czech Extraleague and the Continental Hockey League. He currently plays for Brno Kometa in the Czech Republic, and has nine points (5+4) in 38 games.

Plachta returned to his native Germany after his brief foray into North American, and has suited up for the Mannheim Eagles for the past two seasons (as well as for six years before making the jump to the AHL). He currently ranks third on the team with 30 points (11+19) in 49 games. 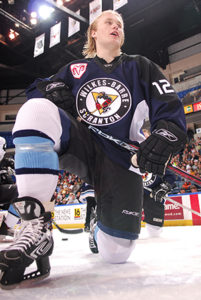 Patrick Thoresen (LW) – An Edmonton Oilers signee, Thoresen appeared in five games with Wilkes-Barre/Scranton in 2006-07, posting six points (1+5) in his short stay with the team. He went on to appear in 29 AHL games with Springfield the following year, recording 26 points (13+13) with the club.

He has spent the majority of the past 10 years with St. Petersburg SKA in the KHL, with whom he currently plays. 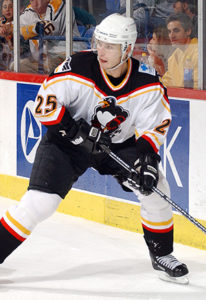 Tomas Surovy (LW) – A fourth round selection in the 2001 NHL Entry Draft by the Pittsburgh Penguins, Surovy spent parts of five seasons with Wilkes-Barre/Scranton (2001-06), appearing in 239 regular season games with the club.  The left wing currently ranks second on the Penguins’ all-time lists in goals (89) and points (187); is tied for second in game-winning goals (14); and is fourth in power play goals (27).

Surovy appeared in 126 gams with the Pittsburgh Penguins between 2002-2006, posting 59 points (27+32) and 71 penalty minutes.  He has been playing professionally in Europe since the start of the 2006-07 season, and currently suits up for his hometown team, Banská Bystrica HC 05, in the Slovakian Extraleague.

Surovy has previously represented Slovakia at the 2006 Turin and 2014 Sochi Games, recording two points (1+1) in 10 Olympic contests.  He is the seventh former Wilkes-Barre/Scranton Penguins skater to be named to his national team for the 2018 Winter Olympics. 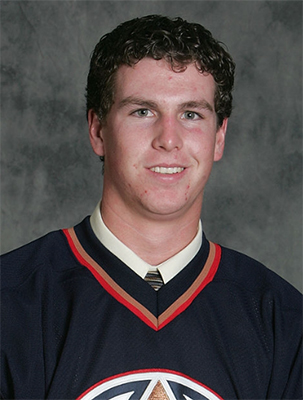 Following the 2009-10 season, Young took his game to South Korea, and has recorded 192 points (39+153) in 283 games with Gangwon High1 and the Daemyung Killer Whales, with whom he currently plays. He became a naturalized citizen of South Korea in 2014, allowing him to represent the country this year. 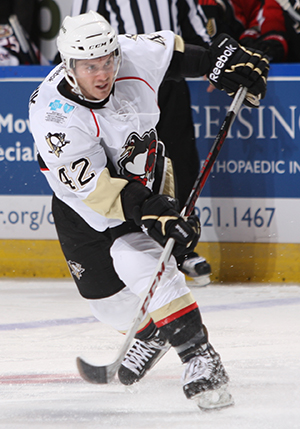 Chad Kolarik (C) – The Abington, PA native spent one season with the Wilkes-Barre/Scranton Penguins (2012-13), in which he appeared in 35 regular season games, recording 33 points. He also suited up in 15 playoff games, scoring 11 points.

The former seventh round pick of the Phoenix Coyotes in 2004 has spent the past five season playing in Europe. He currently plays in Germany with the Mannheim Eagles, and has 44 points in 44 games this season. 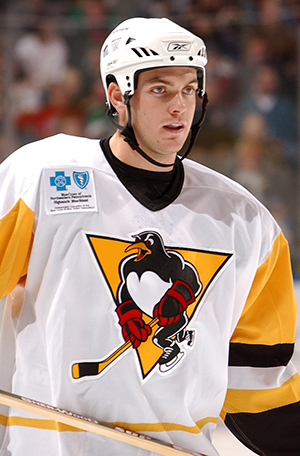 Welch has been playing in Europe for the past seven seasons. He currently plays in Sweden with the Vaxjo HC and has appeared in 26 games this season.

The schedule for the preliminary round, which features all 12 nations participating in round robin play within their three groups, is listed below.  For a full explanation of the remaining schedule, seeding and rules, visit the International Ice Hockey Federation website.