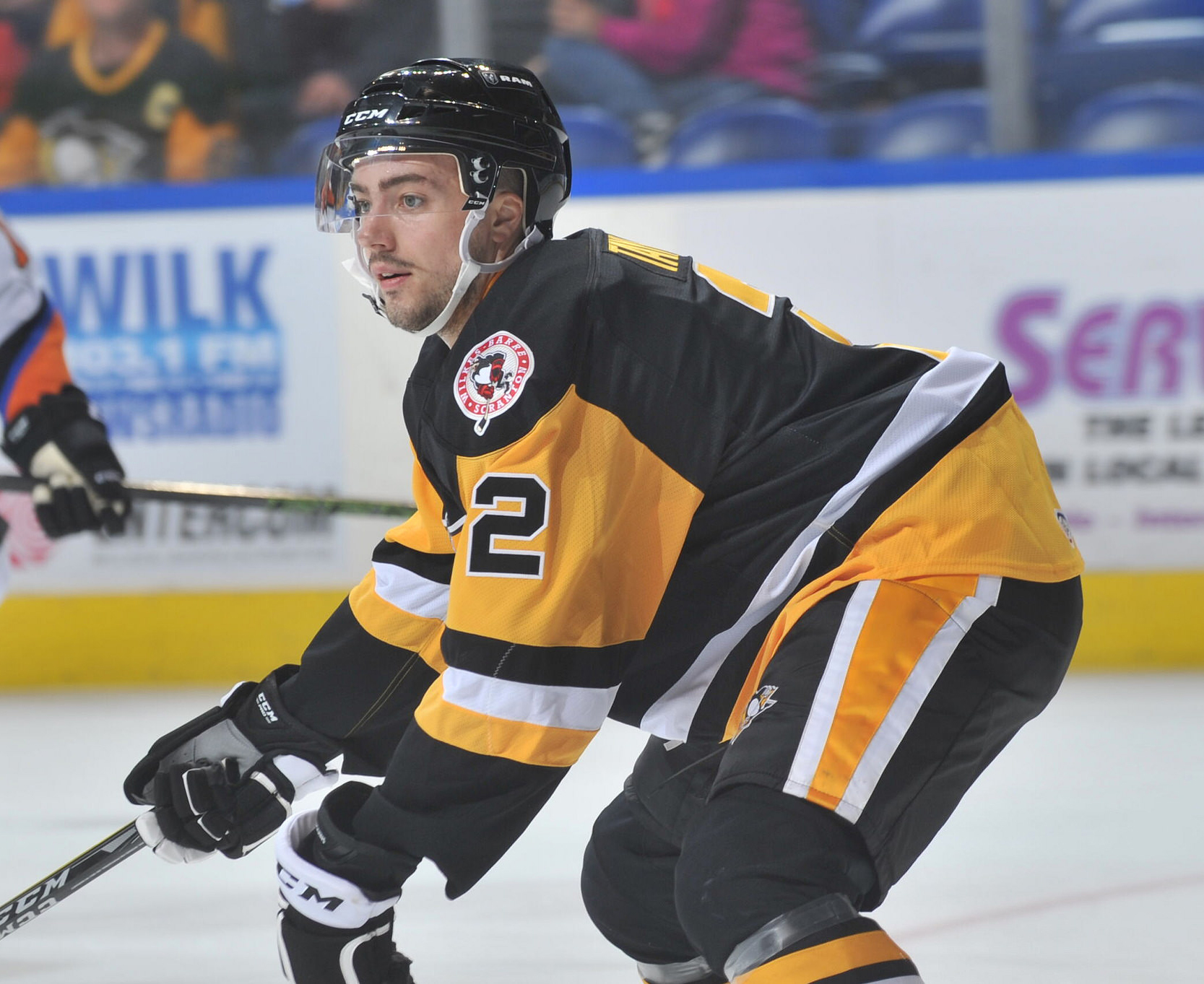 Taylor skated in three games with Wilkes-Barre/Scranton this season after joining the team on an amateur tryout agreement late in the 2016-17 campaign. In nine total AHL games, the 23-year-old defenseman has posted one assist. The first-year pro from Clifton Park, N.Y. has put up 19 points (4G-15A) in 28 games with the Nailers this season and has six points in seven contests during the month of February.

Zink, 25, has four goals and 18 assists for 22 points in 44 games in Wheeling this season. He also appeared in five games for Wilkes-Barre/Scranton this season, posting his first AHL point in his first game of the season with an assist on Oct. 13, 2017 against the Lehigh Valley Phantoms.

Schulze leads all Nailers defensemen in all major offensive categories, recording eight goals, 20 assists and 28 points in 40 games this season. This comes one year after tying for Wheeling’s team lead in points last year as a rookie with 60 (13G-47A). The White Bear Lake, Minnesota native played one game for Wilkes-Barre/Scranton last season, making his AHL debut on Apr. 15, 2017 in the Penguins’ Macgregor Kilpatrick Trophy-clinching victory over the Bridgeport Sound Tigers.

The Penguins’ next game is tonight, Saturday, Feb. 17, and they’ll take on the Utica Comets at Mohegan Sun Arena at Casey Plaza for the first time this season. Saturday’s contest is also Wilkes-Barre/Scranton’s annual Military Appreciation Night presented by MetLife. Puck drop between the Penguins and Comets is scheduled for 7:05 p.m. Individual tickets for all Penguins home games are available at the Mohegan Sun Arena at Casey Plaza box office, online at TicketMaster.com, or by calling 800-745-3000.