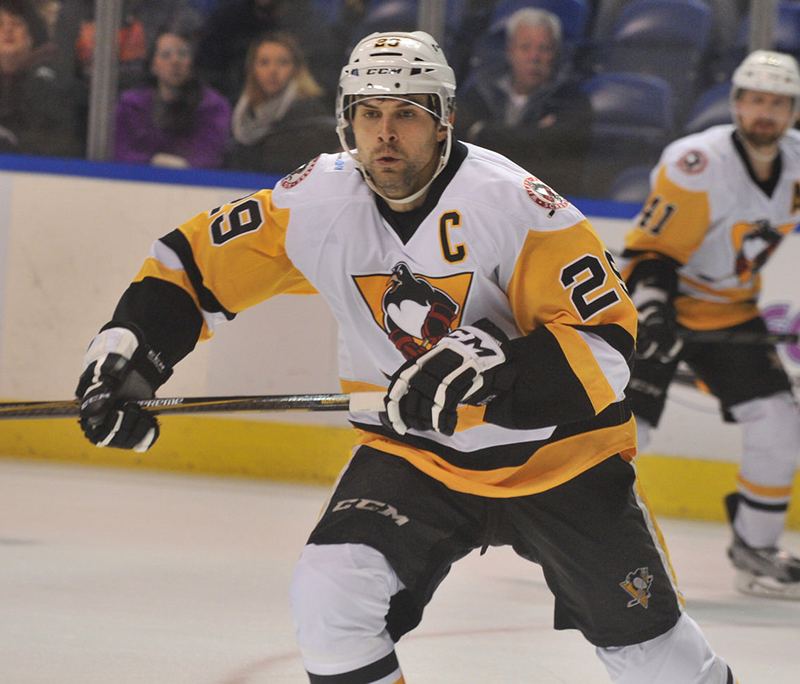 Wilkes-Barre/Scranton Penguins captain Tom Kostopoulos appeared in his 700th American Hockey League game on Friday night, as the Penguins played host to the Rockford IceHogs at the Mohegan Sun Arena.

Originally drafted by the Pittsburgh Penguins with the 204th overall pick in the 1999 NHL Draft, Kostopoulos made his professional debut with Wilkes-Barre/Scranton on October 22, 1999 when the Pens took on the St. John’s Maple Leafs in Newfoundland.

Since that time, Kostopoulos has suited up in 636 games with Wilkes-Barre/Scranton over what is essentially two stints (1999-2004; 2013-present). He also appeared in 64 games with the AHL’s Manchester Monarchs during the 2004-05 campaign.