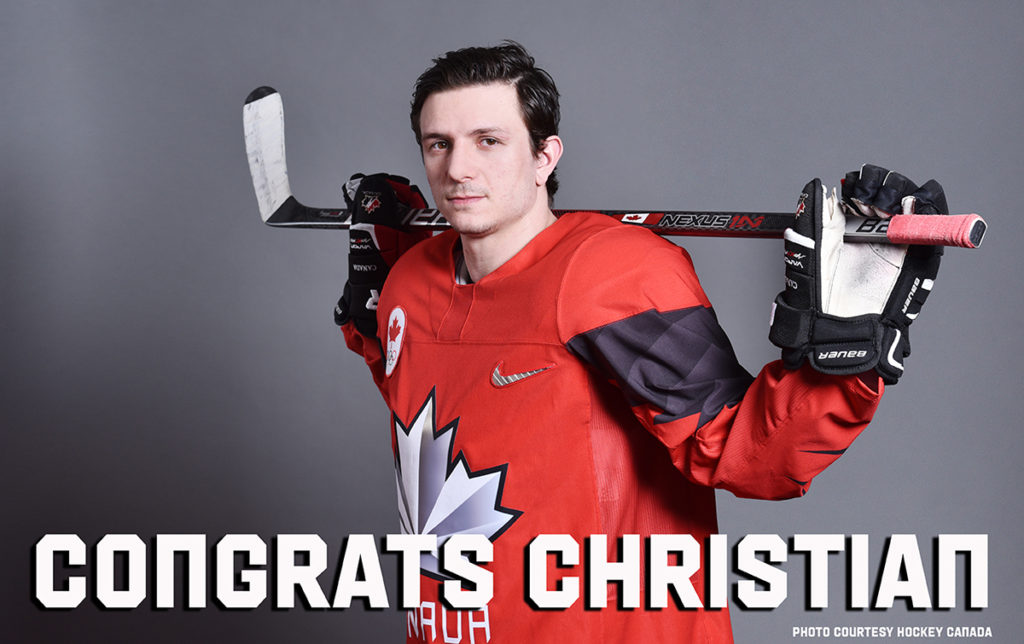 Christian Thomas is bringing a bronze back to northeast Pennsylvania.

The Wilkes-Barre/Scranton Penguins forward captured the bronze medal as part of the Canadian men’s ice hockey team at the 2018 Winter Olympics in Pyeongchang, South Korea.

Canada defeated the Czech Republic, 6-4, on Saturday to claim the medal, with former Penguins forward Andrew Ebbett (2013-15) picking up a pair of goals in the game.

Thomas appeared in all six of the Canadians’ contests, recording two points (1+1) and a plus-3 rating.  He tallied his goal in a 4-0 win over the Republic of Korea in group play.