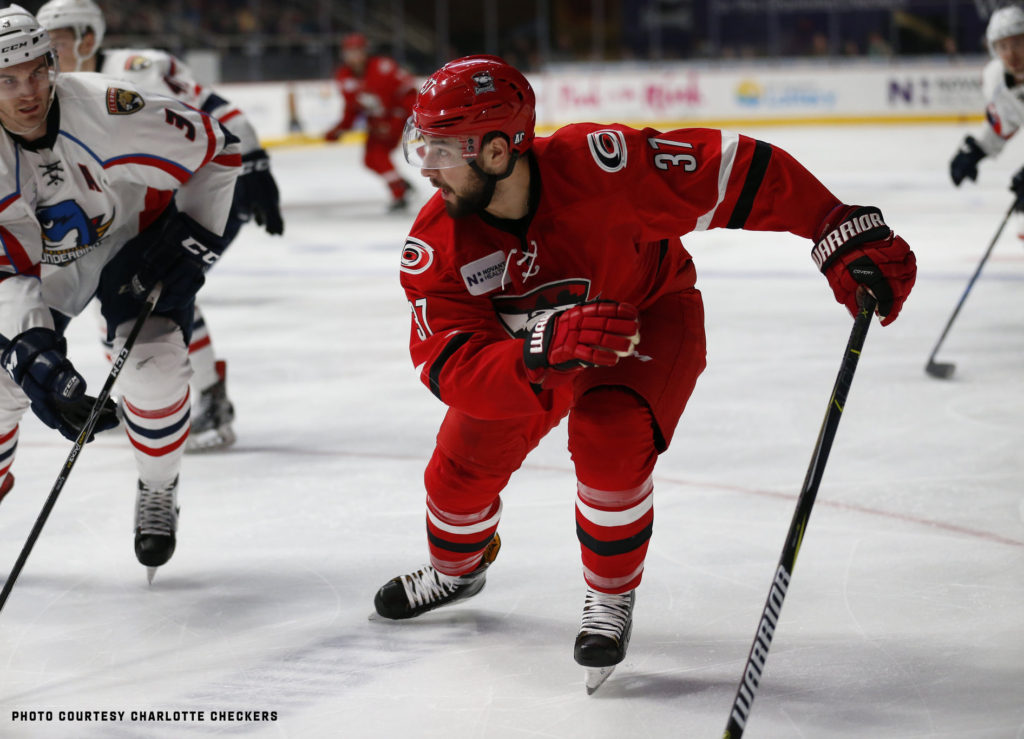 The Pittsburgh Penguins have acquired forward Josh Jooris from the Carolina Hurricanes in exchange for Greg McKegg, it was announced today by Penguins executive vice president and general manager Jim Rutherford.

Jooris is signed through the remainder of this season, and he carries an average annual value of $775,000. He will be an unrestricted free agent.

The Penguins re-assigned Jooris to the Wilkes-Barre/Scranton Penguins of the AHL.

Jooris, 27, has skated in 31 games with Carolina this year, producing three goals, three assists and six points. He played against the Pens in Pittsburgh’s 6-1 win on Friday night.

Earlier this month, the 6-foot-1, 197-pound Jooris suited up for five American Hockey League games with the Charlotte Checkers, picking up three assists.

A native of Burlington, Ontario, Jooris has played four seasons in the NHL with Carolina, the New York Rangers, Arizona and Calgary. He has 23 goals, 32 assists and 55 points in 204 career NHL contests. His best season came as a rookie with Calgary in 2014-15 when he had 24 points (12G-12A) in 60 regular-season games, then skated in nine playoff games.