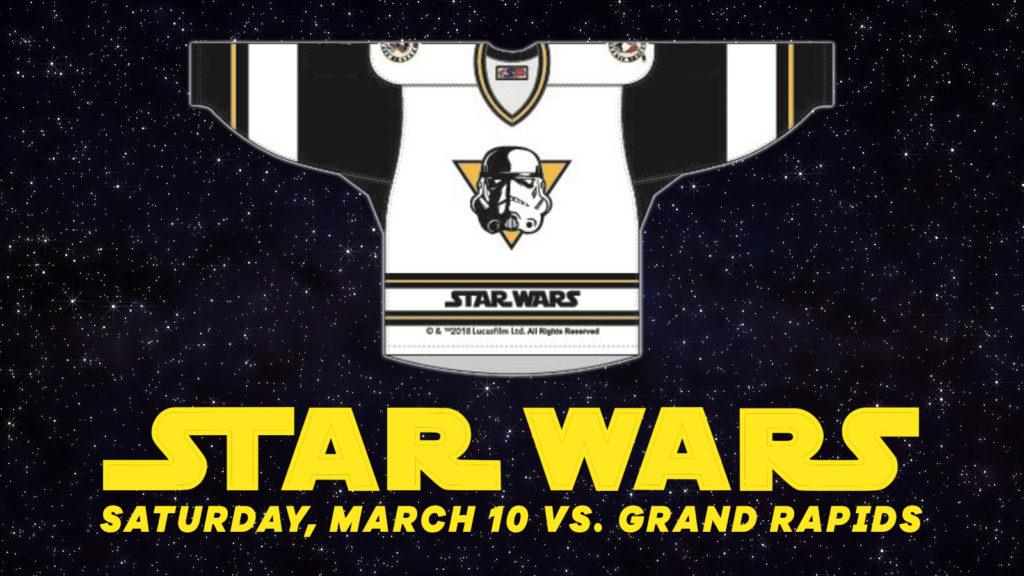 The old adage is that Imperial Stormtroopers aren’t very adept at hitting their targets.

The Wilkes-Barre/Scranton Penguins will be looking to prove that wrong when they face the Grand Rapids Griffins for the team’s third annual Star Wars night on Saturday, March 10.

Penguins players will be wearing special Stormtrooper sweaters during the game, which were designed by Dave Filoni, executive producer of Star Wars Rebels and the head of Lucasfilm Animation Ltd. LLC

The jerseys will be auctioned off during the game to benefit Allied Services Foundation.

Additionally, approximately 50 members of the 501st Legion Garrison Carida, Rebel Legion Ghost Base and Mandalorian Mercs Mav Oya’la Clan costuming groups will be on hand, depicting heroes and villains from the Star Wars saga.   Ewoks, wookies, jawas and many more favorites will be available for photos and fun throughout the night.

Tickets for the Penguins Star Wars Night are available now online or by calling 570-208-7367.