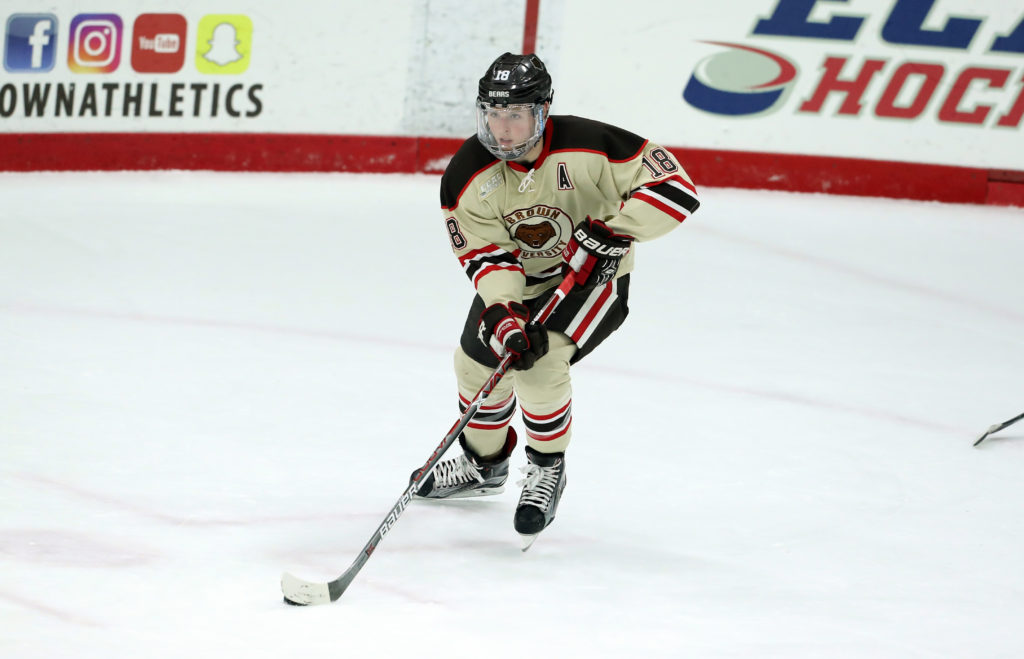 WILKES-BARRE, Pa. – The Wilkes-Barre/Scranton Penguins announced today that they have signed forward Sam Lafferty to an amateur tryout agreement for the remainder of the 2017-18 season.

Lafferty, 23, just wrapped up a four-year career at Brown University, during which he earned 29 goals and 50 assists for 79 points in 124 games. Lafferty led the Bears in points the past two seasons, with 22 points (8G-14A) in his senior season and 35 points (13G-22A) in his junior year.

The forward from Hollidaysburg, Pennsylvania was selected in the fourth round (113th overall) at the 2014 NHL Entry Draft after he posted 21 goals and 34 assists for 55 points at Deerfield Academy.

The Penguins’ next game is Friday, Mar. 9, when they take the bus up I-81 to face-off with the Binghamton Devils. Wilkes-Barre/Scranton’s next home game is against the Grand Rapids Griffins on Saturday, Mar. 10. The Griffins’ first trip to Mohegan Sun Arena at Casey Plaza since 2009 also serves as the Penguins’ Star Wars Night.

Puck drop between the Penguins and Griffins on Star Wars Night is scheduled for 7:05 p.m. Individual tickets for all Penguins home games are available at the Mohegan Sun Arena at Casey Plaza box office, online at TicketMaster.com, or by calling  800-745-3000.