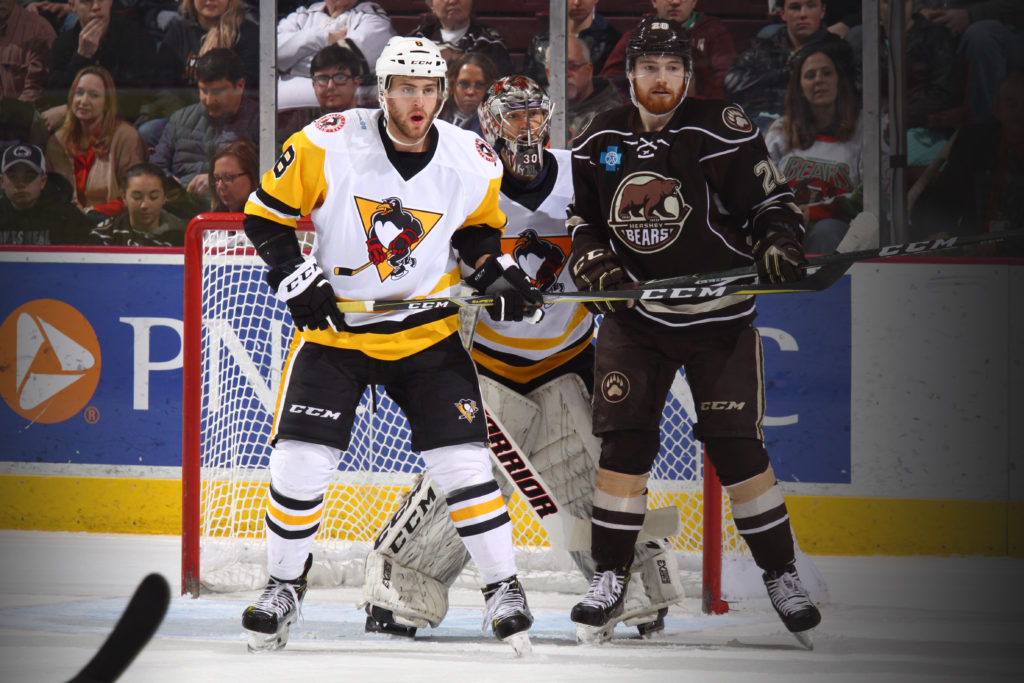 WILKES-BARRE, Pa. – The Wilkes-Barre/Scranton Penguins announced today that they have reassigned defenseman Kevin Spinozzi to their ECHL affiliate, the Wheeling Nailers.

Spinozzi officially joined the Penguins on a professional tryout agreement after he made the team out of training camp. The first-year pro was inked to a standard American Hockey League contract on Dec. 16, 2017, one day after recording his first pro point with an assist at Hartford. Spinozzi has appeared in 16 games for Wilkes-Barre/Scranton this season, putting up two points (0G-2A) in that time.

The Penguins’ next game is tonight, Friday, Mar. 9, when they take the bus up I-81 to face-off with the Binghamton Devils. Wilkes-Barre/Scranton’s next home game is tomorrow against the Grand Rapids Griffins on Saturday, Mar. 10. The Griffins’ first trip to Mohegan Sun Arena at Casey Plaza since 2009 also serves as the Penguins’ Star Wars Night.

Puck drop between the Penguins and Griffins on Star Wars Night is scheduled for 7:05 p.m. Individual tickets for all Penguins home games are available at the Mohegan Sun Arena at Casey Plaza at Casey Plaza box office, online at TicketMaster.com, or by calling 800-745-3000.