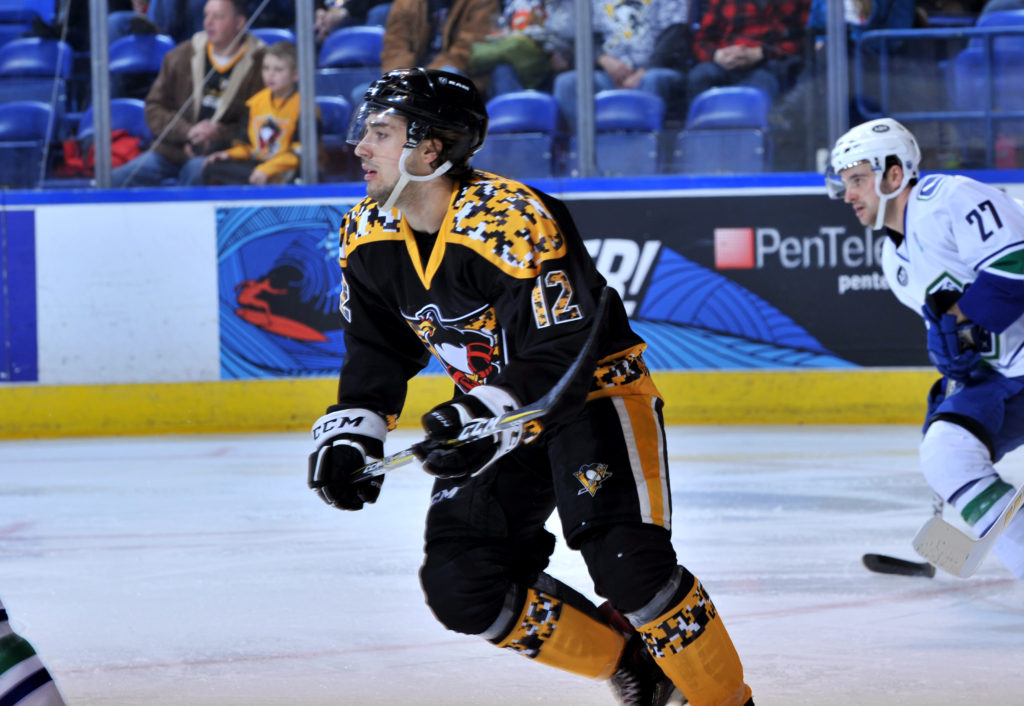 Taylor has skated in 13 games with Wilkes-Barre/Scranton this season after joining the team on an amateur tryout agreement late in the 2016-17 campaign. In 19 total AHL games, the 23-year-old defenseman has posted one assist. The first-year pro from Clifton Park, N.Y. has put up 19 points (4G-15A) in 28 games with the Nailers this season.

The Penguins’ next game is tomorrow, Tuesday, Mar. 13, when they travel to North Carolina and take on the Charlotte Checkers. Wilkes-Barre/Scranton’s next home game is the team’s annual St. Patrick’s Day celebration as they face-off against the Hartford Wolf Pack on Saturday, Mar. 17.