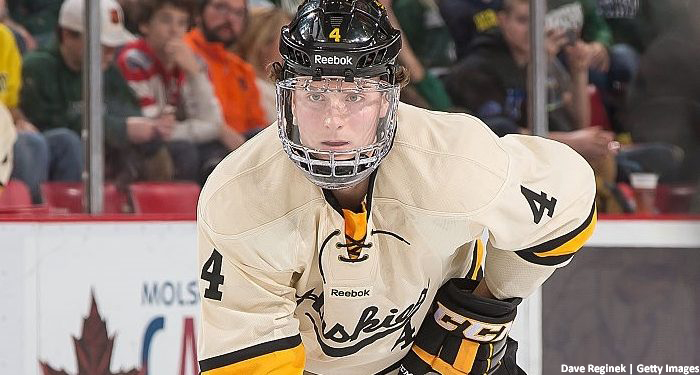 WILKES-BARRE, Pa. – The Wilkes-Barre/Scranton Penguins announced today that they have signed defenseman Dane Birks to an amateur tryout agreement for the 2017-18 season.

Birks, 22, just completed his third season with Michigan Tech University and posted career highs in goals (5), assists (13), points (18) and games played (44). Over the course of his three years of collegiate play, Birks accumulated seven goals and 23 assists for 30 points in 117 games.

Before attending Michigan Tech, Birks competed at the junior-A level in the British Columbia Hockey League for the Trail Smoke Eaters and the Merritt Centennials. The Merritt, British Columbia native totaled nine goals and 32 assists for a total of 41 points across 112 BCHL games. During his time with the Centennials, Birks was named the team’s Rookie of the Year in 2012-13 and Defenseman of the Year in 2013-14.

Birks was drafted by the Pittsburgh Penguins in the sixth round (164th overall) of the 2013 NHL Entry Draft. Following the draft, Birks won a bronze medal as a member of Team Canada West at the U-19 World Junior A Challenge in November of 2013.

The Penguins’ next game is tomorrow, Friday, Mar. 30, when they travel to Connecticut to take on the Hartford Wolf Pack for the final time this season. Wilkes-Barre/Scranton’s next home game is Saturday, Mar. 31, and they’ll host the Providence Bruins. Saturday’s puck drop between the Penguins and P-Bruins is scheduled for 7:05 p.m. at Mohegan Sun Arena at Casey Plaza.