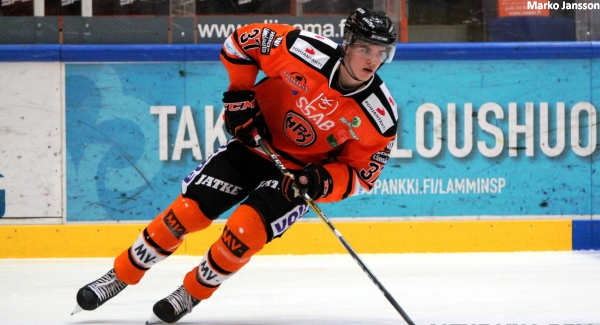 Almari, 19, just completed his second professional season with HPK-Edustusjääkiekko Ry of the Finnish Liiga. In 41 games with HPK this season, Almari notched four goals and four assists for eight points. At times throughout the season, Almari, a native of Espoo, Finland, was loaned to Lempäälän Kisa and Espoo United of the Mestis, Finland’s second professional league. In 13 combined contests in the Mestis, Almari racked up four assists.

At the expiration of the regular season, Almari was assigned by HPK to its junior club for the Jr. A SM-liiga Playoffs. In five postseason games, he scored twice and added an assist for three points.

The Pittsburgh Penguins selected the defenseman in the fifth round (151st overall) of the 2016 NHL Entry Draft. Following the draft, Almari began his professional career with HPK. Almari completed the 2016-17 campaign with HPK’s junior club for a 10-game stint in the Jr. A SM-liiga playoffs. HPK U20 won the Legacy Bowl that year, and Almari topped all defensemen during the playoffs in assists (10) and points (11).

The Penguins’ next game is today, Saturday, Mar. 31, when they host the Providence Bruins for the second time this week. Puck drop between the Penguins and P-Bruins is scheduled for 7:05 p.m. at Mohegan Sun Arena at Casey Plaza.