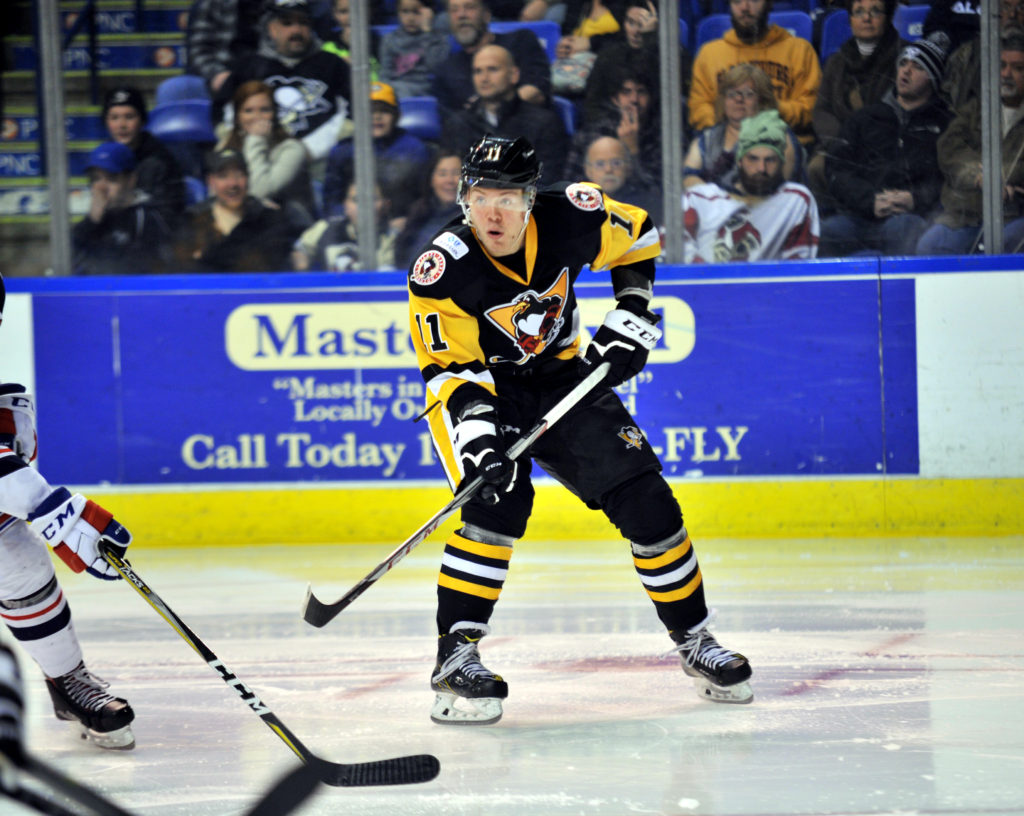 WILKES-BARRE, Pa. – The American Hockey League announced today that Wilkes-Barre/Scranton Penguins forward Daniel Sprong has been selected to the 2017-18 All-Rookie Team. The AHL All-Rookie Team was voted on by coaches, players and media in each of the league’s 30 member cities.

Since starting the 2017-18 campaign with seven goals and 10 points in his first five games, Sprong has put together a terrific rookie campaign with Wilkes-Barre/Scranton, recording 28 goals and 29 assists for 57 points in 59 contests with Wilkes-Barre/Scranton this season. The 21-year-old currently leads all league rookies in goals, and he ranks second in points, shots (181), power play goals (10) and game-winning goals (6). His 57 points also place him ninth in the overall AHL scoring standings.

The Amsterdam, Netherlands native was a second round pick (46th overall) in the 2015 NHL Entry draft by the Pittsburgh Penguins. Sprong saw a stint in the NHL earlier this season with Pittsburgh, during which he registered two goals and an assist across eight games.

Each player will receive a custom-designed crystal award in recognition of his selection to the All-Rookie Team.

The Penguins’ next game is Friday, Apr. 6 against the Bridgeport Sound Tigers with a chance to secure a berth in the 2018 Calder Cup Playoffs. Puck drop between the Penguins and Sound Tigers is scheduled for 7:05 p.m. at Mohegan Sun Arena at Casey Plaza.