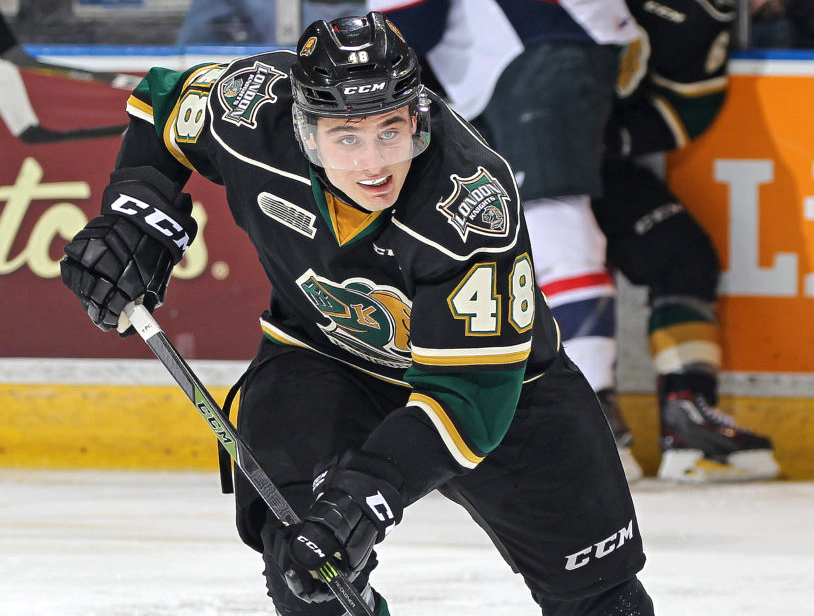 Miletic just finished his final season of junior hockey with a career-high 92 points (36G-56A) in 63 games, sixth-most in the Ontario Hockey League. After beginning the year already establishing a new career-best in assists with 38 helpers over 35 games with the London Knights, the 20-year-old forward was traded to Niagara on Jan. 9, 2018. Miletic proceeded to tie for the IceDogs’ team lead in points (12) during their 10 postseason games.

The native of Bloomfield Township, Michigan is one season removed from leading London in goals with 37 tallies during the 2016-17 campaign. His breakout year earned him an invite to Pittsburgh’s Development Camp in July, and then he played in all three games of the Penguins’ showing at the 2017 Prospect Challenge in Buffalo, New York. Pittsburgh signed Miletic to a three-year, entry-level contract on Sept. 25, 2017.

Miletic joins Wilkes-Barre/Scranton just in time for their opening round series of the 2018 Calder Cup Playoffs against the Charlotte Checkers. Game 1 of the best-of-five Atlantic Division Semifinal will take place on Friday, Apr. 20 at Bojangles’ Coliseum. The series returns to the Penguins’ home ice on Thursday, Apr. 26 at Mohegan Sun Arena at Casey Plaza.

DONATE YOUR COATS THIS FRIDAY