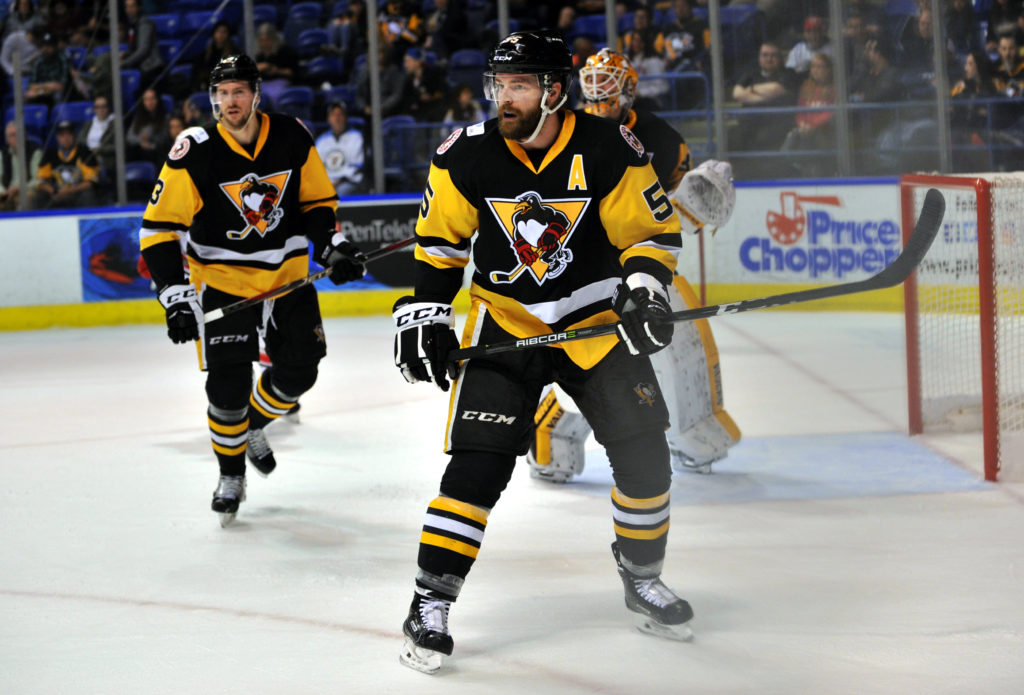 WILKES-BARRE, Pa. – The Wilkes-Barre/Scranton Penguins saw their 2018 Calder Cup Playoff run come to an end with a 7-3 loss in Game Three to the Charlotte Checkers at Mohegan Sun Arena at Casey Plaza on Thursday night.

Wilkes-Barre/Scranton scored the game’s first two goals, including the first of Anthony Angello’s professional career, but their opening push was not enough as Charlotte came back with five consecutive tallies to earn enough separation to win the series, 3-0.

Angello’s line combined to give Wilkes-Barre/Scranton a 2-0 lead at 7:29 of the first period. Teddy Blueger delivered a pass to Zach Trotman, whose booming slap shot was tipped in by Adam Johnson.

The Penguins were firmly in control of the contest until the Checkers turned the tide late in the opening period. First, Lucas Wallmark found the back of the net behind a screened Tristan Jarry at 16:41 of the first period, and Greg McKegg converted on a breakaway 21 seconds later. Suddenly, the game was tied, 2-2.

The second period produced scoring chance after scoring chance for both sides, but no goals until the Checkers got a favorable bounce late. Aleksi Saarela threw the puck into the slot crease, where it deflected off a Penguin’s stick, then his skate and into the net. The pinballing puck granted Charlotte a 3-2 lead with 2:14 left before the second intermission.

Charlotte poured on the offense in the final frame, scoring two goals in as many minutes as Clark Bishop and Andrew Miller both capitalized to extend the Checkers’ lead to 5-2.

Angello scored his second goal of the game when he stole the puck from Alex Nedeljkovic and snuck it past the goaltender, giving the Penguins life at 13:31 of the third period.  However, the Checkers tacked on two empty netters to end any hopes of a comeback and bring the game to its final score, 7-3.

Jarry made 25 saves on the night while Nedeljkovic stopped 26 shots thrown his way.

The Penguins finished the regular season 45-22-6-3, good enough for second place in the Atlantic Division and the fifth-best record in the American Hockey League. Wilkes-Barre/Scranton qualified for the Calder Cup Playoffs for the 16th season in a row, the longest active streak in the AHL.