DESPITE INDIVIDUAL SUCCESS, SPRONG STILL HAS SOMETHING TO PROVE 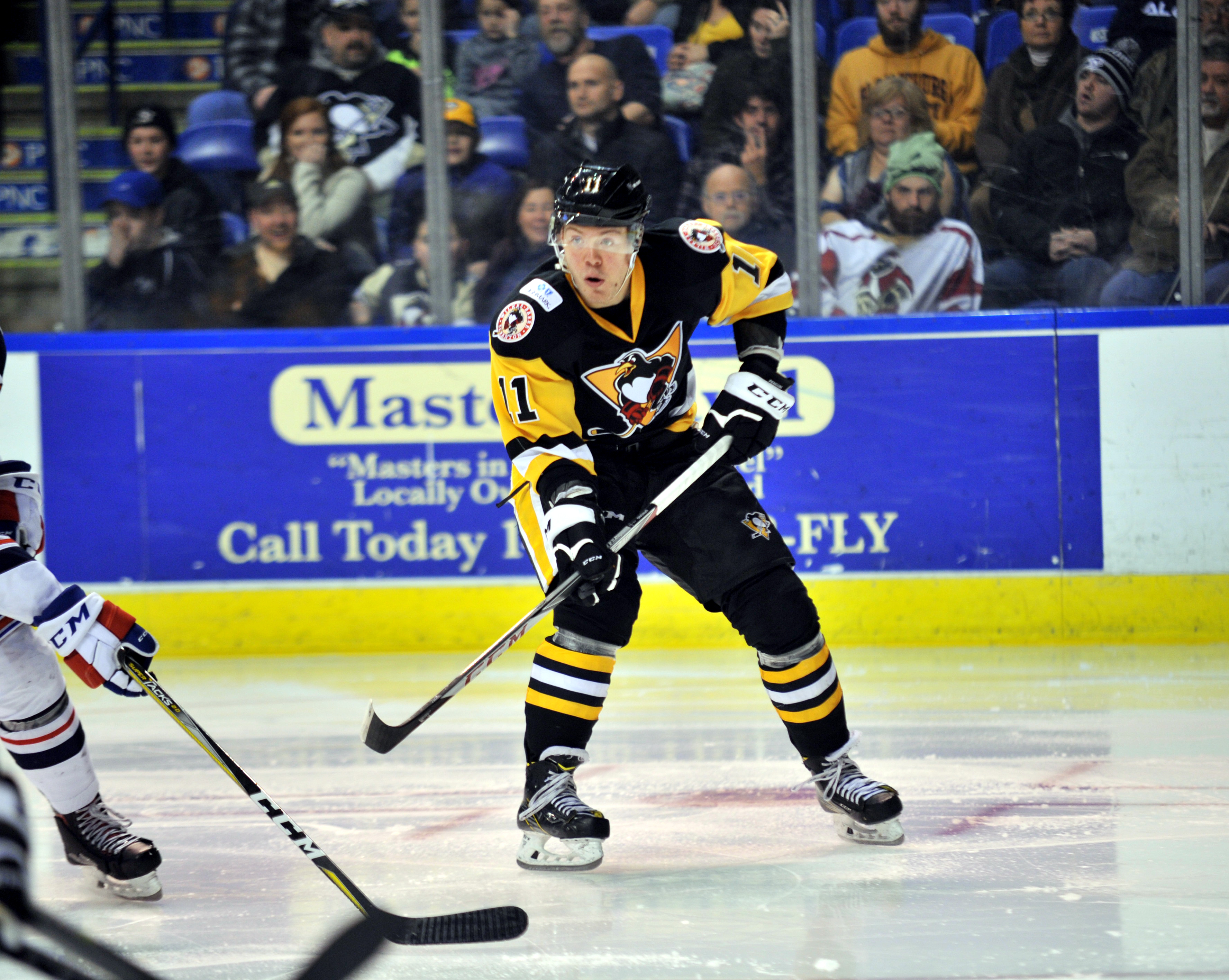 Name an American Hockey League player who was more electrifying than Daniel Sprong during the 2017-18 regular season.

Sprong was sensational during his first full pro season, scoring at a point-per-game clip (65 in 65), leading all AHL rookies with 32 goals, and finishing one-point behind Manitoba’s Mason Appleton for the freshman point lead.

His 32 goals were also the most by any rookie to ever don a Wilkes-Barre/Scranton sweater, and tied him for second-most in team history. He also became the first Penguin in eight years to eclipse the 60-point mark.

Sprong expressed his disappointment with his team’s playoff exit when the Penguins held their exit meetings and locker clear-out day, but when prodded about his individual success, he lightened up a bit.

“Personally, I thought I had a really good year,” Sprong said. “I’m happy with my season. There were a lot of guys in this room that helped me this season, too. We created a lot of good memories together. I’m proud of the way my season went.”

The Netherlands native’s scoring prowess earned him several nicknames in his first full season as a pro; the Dutch Dangler, the Flying Dutchman, the King of Sprong Style.

There was never a question about Sprong’s offensive ability as he entered the season. The youngster was, however, tasked with improving his defensive play by the Penguins staff. It was a challenge he gladly accepted.

“Coming into the year, I was still cheating,” Sprong said. “I was looking for breaks. As the year went on, I started to play inside the game a little bit more. That in turn created more offense for me. That contributed to a lot of my success.”

This season, Penguins assistant coach Tim Army spent a lot of time in front of a computer screen reviewing game film with Sprong sitting right beside him. Engaged in the learning process, the rookie slowly but surely started to comprehend the benefits of not “cheating”, as he put it, and remaining an active participant in the play, even when he wasn’t carrying the puck on his stick.

This evolving play was a big reason why he was able to etch his way into Wilkes-Barre/Scranton record books, thanks in large part to his outburst of 11 goals and 19 points in his final 15 games of the regular season.

Despite the rousing success in year one, Sprong isn’t taking anything for granted this summer; he’s approaching the next campaign like someone who still has something to prove.

“There’s still a lot of months, a lot of steps between now and [the start of the season],” Sprong said. “I’m going to work hard in the summer, come back in shape and get ready to earn my spot.”

THANKS DAD – A LOOK AT HOCKEY FATHERS AND THEIR WBS KIDS