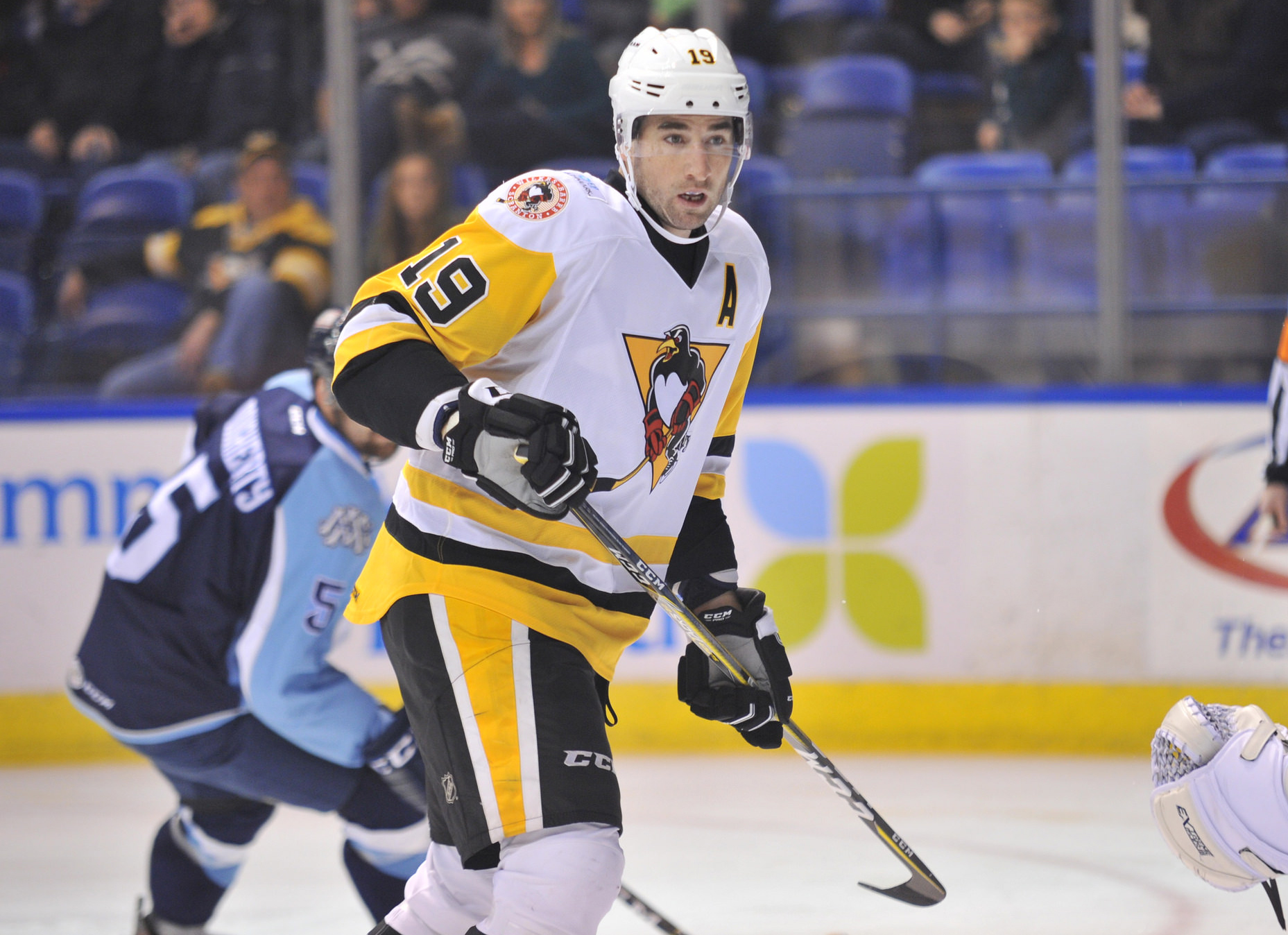 It was easy to see that Garrett Wilson wasn’t in a great mood at the Wilkes-Barre/Scranton Penguins exit interviews. One day after being bounced from the Calder Cup playoffs, he stood in front of the local media with his head slightly tilted downward. With the sting of being bounced from the postseason still tingling, Wilson opened his mouth.

He spoke softly, but his words packed a punch.

There’s nothing that can be done to change what happened this April, but Wilson has made it very clear that this year’s loss will only motivate him moving forward. The U.S.S. Wilson’s course for the summer is full speed ahead for the 2018-19 season, where he’s taking no prisoners.

“That’s two years in a row that we’ve been bounced in the first round since I’ve been here,” Wilson said. “That’s definitely going to be my feel for the offseason. It’s sticking with me. I’m going to be ready to go next year, for sure.”

The 2017-18 campaign was a difficult one for the 27-year old winger away from the rink, as he lost his mother to a long battle with cancer in late November. And despite setting career highs in assists (25) and points (47), Wilson admits his mother’s passing made last season a difficult one for him to get through.

The good news is that he believes this season has steeled him for any potential bumps in the road he may come across in the future.

“I went through some adversity and think I handled it well,” Wilson said. “When I face some obstacles again in my career, I can look back on this year and use what I learned and go from there.”

Wilson also credits his teammates for propping him up during one of the most difficult times in his life. One man in the locker room that has been referred to as the ultimate teammate, won’t be back for next season, though. That’s 19-year veteran Tom Kostopoulos, who retired at the end of the season.

Wilson was one of the Penguins’ most outspoken supporters of what the captain meant to the team. That’s also another reason why this year’s playoff exit hit Wilson so hard.

With Kostopoulos ready to write the next chapter of his life, Wilson seems like a prime candidate to assume a leadership position in the room.

But Wilson believes Kostopoulos’ contributions as a captain were so great, that one person trying to bear that burden of captaincy might be difficult. Regardless of who’s wearing what letter on their chests, it will require a group effort to fill the void left by Wilkes-Barre/Scranton’s longtime leader.

“Losing T.K. is big shoes to fill,” Wilson said. “I don’t think one person can come and fill that leadership role all on their own. It’s going to take a good group to step up. I’m sure [WBS General Manager] Billy [Guerin] and them will get the right pieces in free agency, and we’ll all lead this together as a team.”

If the plan is to lead as a team, fans can still expect Wilson to be at the forefront of the squad, playing with a determination to get that bad taste out of his mouth.