JUMP TO THE PROS WAS AN ADJUSTMENT FOR JOHNSON 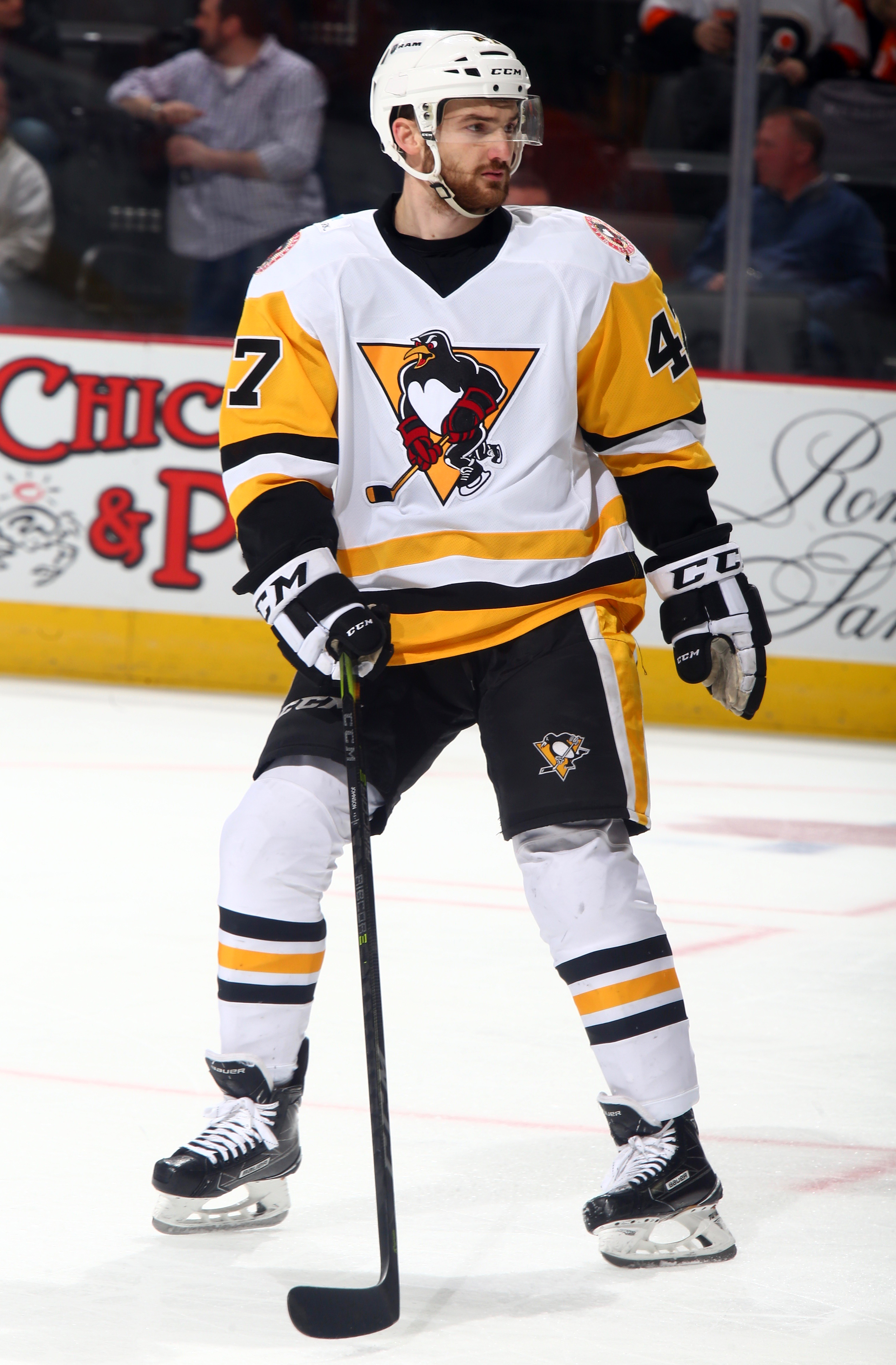 Shifting from the life of a collegiate athlete to that of professional can be quite an adjustment, both on and off the ice. Those coming out of the college ranks, where all players are in relatively the same age group and experience level, have quite an adjustment when it come to playing against older, more experienced and, sometimes, more skilled opponents.

Adam Johnson went through this trial first-hand during the 2017-18 season, his first professional campaign after competing at the collegiate level for two years. It didn’t take him long to recognize the difference amongst opponents and teammates.

“The biggest thing was it just seemed like the guys are a lot stronger [at the pro level],” Johnson said. “It’s obviously a little bit faster and it’s a tougher league. I think college gets you well-prepared, but it’s still a big jump here.”

Before he even knew there were professional pastures ahead of him, the undrafted forward wasted no time establishing himself against collegiate competition. Johnson experienced great success in his time at the University of Minnesota-Duluth. Across 81 collegiate games, he notched 55 points (24+31). As a member of the Bulldogs, Johnson played in two NCAA tournaments, making it to the national championship game in his sophomore season.

Johnson’s impressive résumé earned him a two-year entry level contract with the Pittsburgh Penguins, and he passed up his final two years of NCAA eligibility. And after falling short in the 2017 championship, Johnson was able to cheer on his former team as they won the 2018 NCAA men’s title this past April.

“I was pretty happy for them,” Johnson said. “Actually, I still have a lot of good buddies on the team so I was pretty pumped for them.

“Obviously it would have been nice to win one with them, but we had a good season here and I was having fun here. Overall it was great to see those guys do it.”

In his first professional season, Johnson registered 11 goals and 20 assists in 70 games for the Penguins. Looking back on his first year of with the team, Johnson referenced his confidence as something he seeks to develop.

“I think it was a little up and down, but overall I’m trying to improve on that category,” he said. “I think toward the end it got a little better. So I’ve just got to keep that going and improve it for next year and just play with confidence.”

As he worked to find consistency in his on-ice self-esteem during the season, Johnson found he had a lot more time to stew in his thoughts than he had before. He noted the amount of free time players have as another big difference when adjusting from college to the pros.

“There’s a lot more down time,” Johnson said. “You don’t have school to take care of, and you’re not around your buddies all of the time when you’re away from the rink, so it’s a little bit different. You’ve got to find something to do with your time.”

Even though he’s made the jump from college to the pros on the ice, he still has some work to do to finish his collegiate schooling.  This offseason, Johnson has the opportunity to wrap up some classes he still has on the docket to complete his finance degree from UMD.