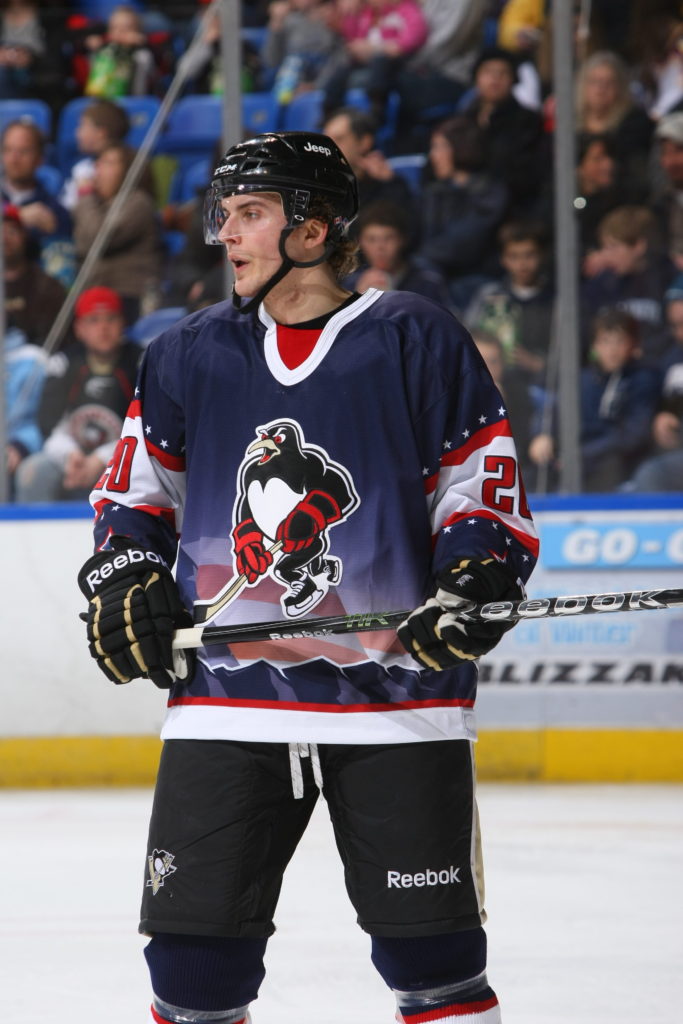 Fans, you helped us figure out the top Military Jersey in Penguins history recently (congrats to the 2011 sweater pictured to the right).  Now we’re looking for your help in selecting the best home or road sweater we’ve worn throughout the years.

There have been 10 different jerseys that have been considered ‘primary’ uniforms for the team over the years.  This is your chance to let us know which one is your favorite.

We’ll take the weekend off, and return to action on Monday, July 2 with final four voting, and the overall winner will be decided in a head-to-head matchup culminating on July 3.

To participate, just head on over to our Facebook page, beginning at 10am on Thursday, Friday, Monday and Tuesday. Cast your vote in each of the daily polls (remember – there will be multiple polls on three of those days, so vote in them all) and check back to see who advances the next morning.

The Wilkes-Barre/Scranton Penguins 20th season home opener is set for Saturday, October 6 at the Mohegan Sun Arena at Casey Plaza.  The team’s full schedule will be announced in the near future.

Season tickets, including full season, 22-game, 12-game and flex packages, are on sale now, and available by calling the Penguins at 570-208-7367.  For more information, fill in and submit the form at the bottom of this page.