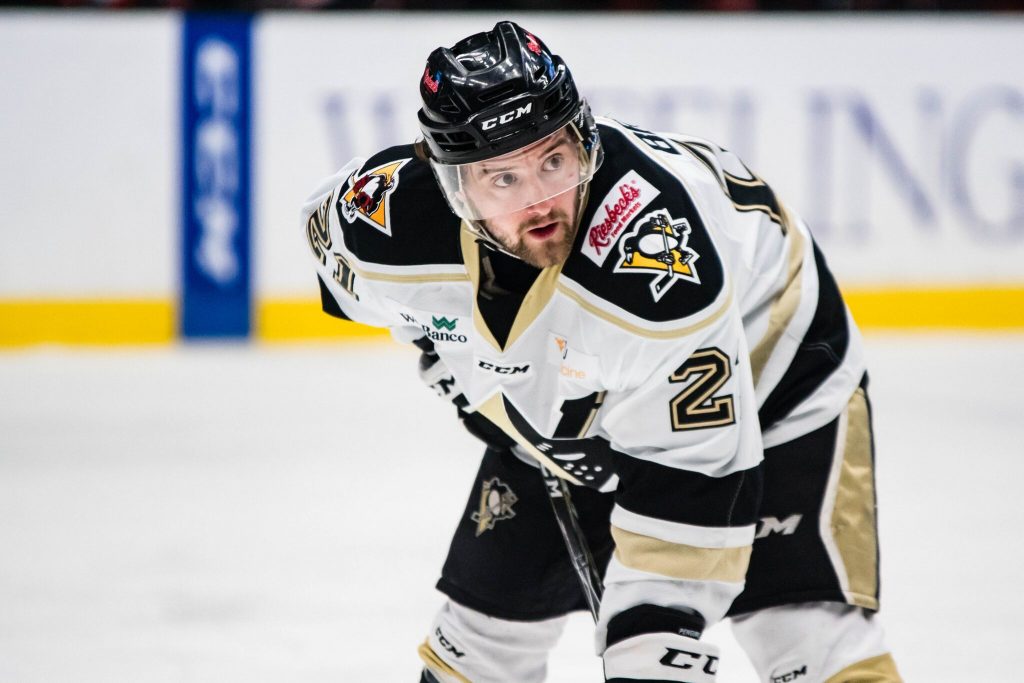 WILKES-BARRE, Pa. – Cam Brown is no stranger to the fact that he is an undersized player.

The 5-foot-7, 150-pound forward knows that he is of a smaller stature compared to the majority of professional hockey players.  Someone who hasn’t seen him play might think his diminutive measurements act as a hindrance, but Brown thinks the exact opposite.

The Massachusetts native has spent years of his hockey career crafting and evolving his game around his size so that he can gain those advantages against the competition. He trusts the different aspects of his game that he’s honed over his lifetime to put him in a position where he feels that he is never outmanned when he hits the ice.

“I think from just being small my whole life, I figured out little nicks and knacks to kind of get in a different way or contain or play defense or go after a loose puck a different way than maybe a bigger guy would,” Brown said. “To be honest, I can’t really explain it. I’ve just learned to do it naturally.”

Brown is coming off an impressive season with the Penguins’ ECHL affiliate, the Wheeling Nailers, where he finished fourth on the team in points with 53 scored (17G-36A) in 55 games played.

Brown also got a taste of AHL hockey last season when he signed a professional tryout agreement with the Springfield Thunderbirds for 14 games. Making the adjustment quickly, he scored his first AHL goal in only his second game on Feb. 17, 2018 vs. Providence. He later inked a PTO with Wilkes-Barre/Scranton Penguins and played in their final regular season game against the Hershey Bears on Apr. 15, 2018.

His body of work in both the ECHL and AHL impressed the Penguins, and so they decided it was in their best interest to give him a shot at the next level. Brown earned his first AHL contract when he was signed by Wilkes-Barre/Scranton on July 9, 2018.

Though he only notched a handful of games at the AHL level, Brown benefited from the experience and knows what he’s in for if he can carve out a spot on the Penguins roster this year.

“It’s different than the ECHL, and it’s faster, for sure,” Brown stated. “I got a feel for how the game is played, how quick it is. There are a lot of little things that you need to do differently, but I got that taste and I think that is going to help me a lot this coming season.”

Now with the 2018-19 season approaching fast and training camp in full swing, Brown thinks back to all the times he’s been overlooked because of his size. Sure, some may have scoffed a time or two when they saw him step on the ice against opponents that tower over him, but his evolution towards embracing his smallish stature as a strength has helped him climb the latter throughout his career from juniors to college to the ECHL and now an AHL contract.

Anxious and excited to show Penguins fans what he can do, Brown has little doubt in his mind as to what will set him apart from the pack.

“I am going to be the hardest worker on the ice every night,” he declared.