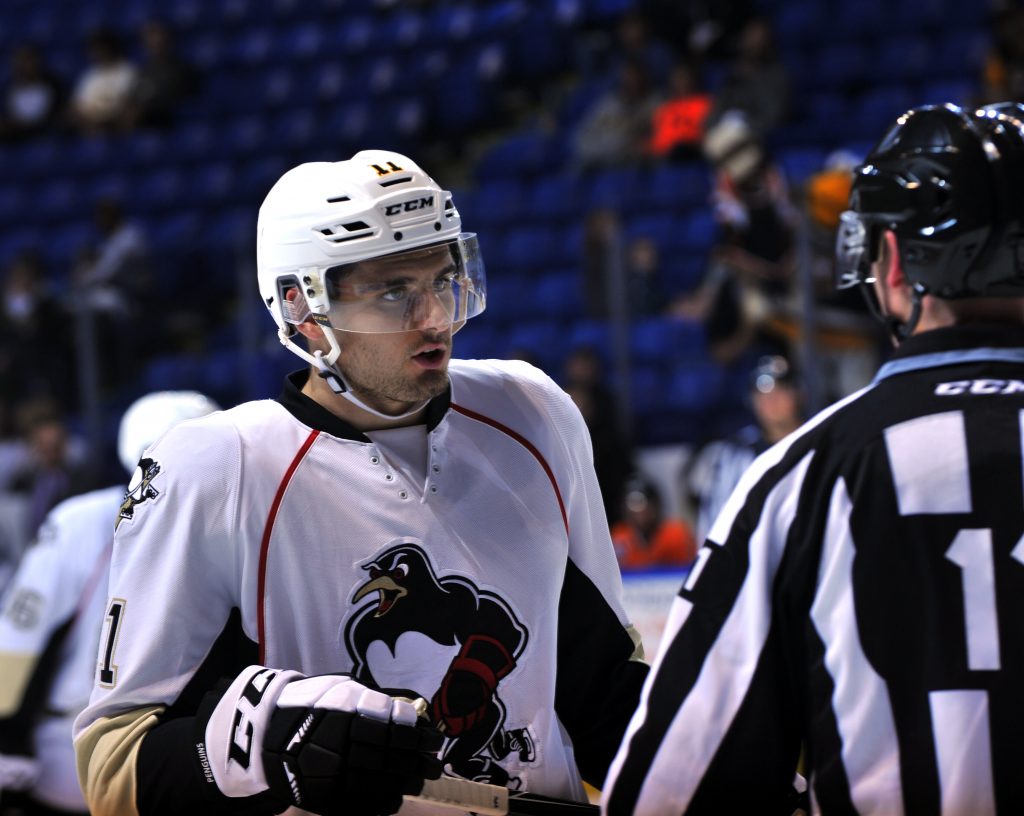 WILKES-BARRE, Pa. – The Wilkes-Barre/Scranton Penguins walked away from their first preseason game with a 3-2 victory over their intrastate rival, the Lehigh Valley Phantoms, on Thursday night at Mohegan Sun Arena at Casey Plaza.

The Penguins were facing a formidable Phantoms lineup, featuring AHL regulars Phil Varone (70 points last season), Greg Carey (31 goals last season) and Chris Conner (478 career AHL points), but turned in a hard-working performance that got them the win in the end.

The Penguins unleashed a flurry of scoring midway through the first period with Matt Abt and Linus Ölund scoring 39 seconds apart. Wilkes-Barre/Scranton carried the 2-0 lead into the first intermission, and John Muse denied all 10 shots he faced in the opening frame.

Special teams were the name of the game in the second period as the two clubs went a combined three-for-three on the power play during the middle stanza. Lehigh Valley earned their first goal of the game four seconds into the contest’s opening power play with Philippe Myers doing the honors. The Phantoms cashed in on the power play again at 16:15 of the second period when Cole Bardreau knocked a puck out of mid-air and tied the game, 2-2.

Wilkes-Barre/Scranton was granted a grand opportunity with a two-man advantage late in the middle frame, and Sam Miletic converted on a rebound, reestablishing a lead for the home team.

Muse made 27 saves in the win for Wilkes-Barre/Scranton, while Lehigh Valley’s Branden Komm recorded 26 stops while sustaining the loss.

The Penguins’ next preseason game is Saturday, Sept. 27, when they face the Hershey Bears at Mohegan Sun Arena at Casey Plaza. Wilkes-Barre/Scranton opens the regular season at home on Saturday, Oct. 6 in a contest against the Springfield Thunderbirds.

PENGUINS FALL IN OVERTIME TO THUNDERBIRDS, 2-1