PENGUINS GO PERFECT IN PRESEASON WITH 3-2 WIN AT HERSHEY 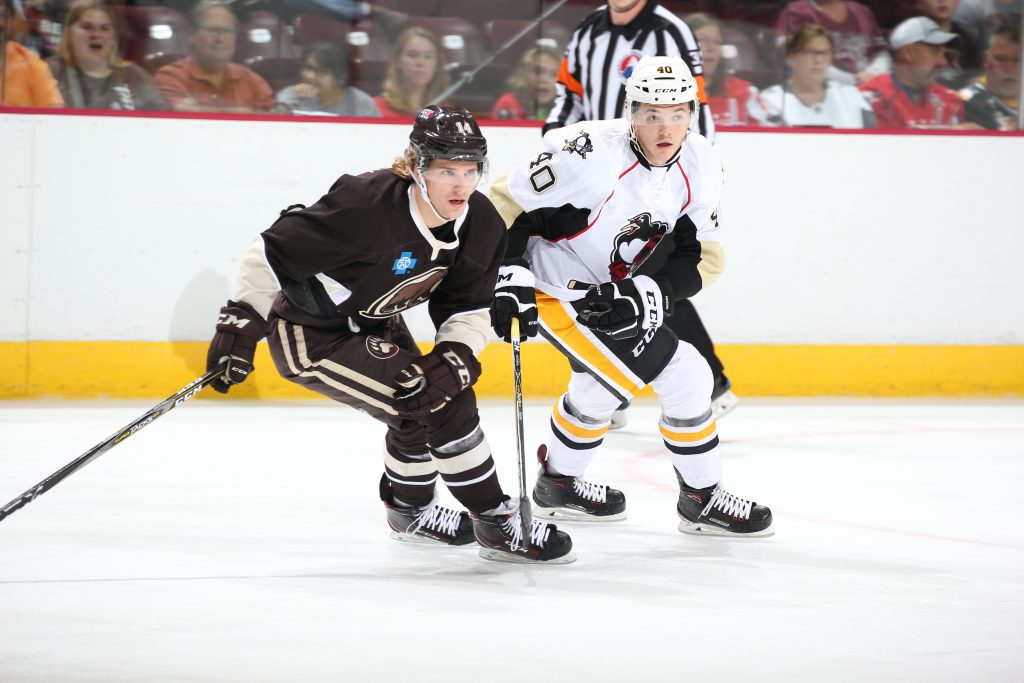 HERSHEY, Pa. – The Wilkes-Barre/Scranton Penguins defeated the Hershey Bears, 3-2, at Giant Center on Sunday evening, shoring up a perfect preseason record in the process.

The Penguins went 3-0-0-0 in their 2018 exhibition schedule, and now ready themselves for their regular season opener on Saturday, Oct. 6 at Mohegan Sun Arena at Casey Plaza.

For the third preseason game in a row, the Penguins scored first. Hershey botched an exchange behind its own net during a Wilkes-Barre/Scranton power play, and Nick Saracino had a wide open net to deposit the puck. Saracino’s fortuitous power play goal came at 10:03 of the first period.

Hershey’s Axel Jonsson-Fjällby even the score, 1-1, with less than four minutes left in the opening frame.

The two clubs traded goals in quick succession during the second period, with Shane Gersich giving the Bears their first lead of the game at 11:52 only for Troy Josephs to equalize for the Penguins 24 seconds later.

Renārs Krastenbergs punched in a rebound at the Bears’ net-front with less than seven minutes left in the game, giving the Penguins a lead they would never relinquish.

Hershey had their cracks at evening the score, including several power plays in the third period. The Bears were unable to convert on any of their man advantage opportunities in the game, as the Penguins shut them down on all eight penalty kills.

Anthony Peters started the game in net for the Penguins and made 11 saves before being replaced midway through the game by John Muse in a pre-planned goalie swap. Muse came in and turned aside all 15 shots he faced and became the goaltender of record for the win. Hershey goalie Ilya Samsonov recorded 26 saves while playing the entire game in the crease for the Bears.