ASTON-REESE EXCITED TO GET SEASON STARTED 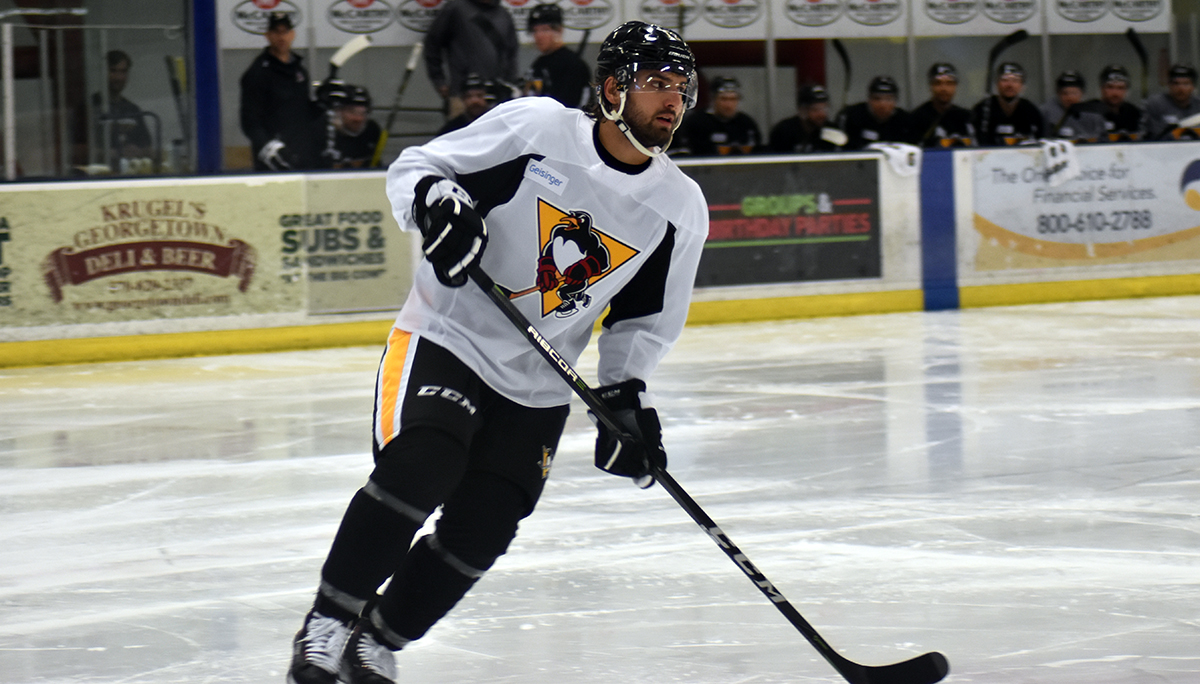 When Zach Aston-Reese was promoted to the Pittsburgh Penguins back in February, many fans thought they’d seen the last of the rookie forward in a Wilkes-Barre/Scranton jersey.  The former Hobey Baker Finalist was in the midst of a fantastic freshman campaign, recording 29 points (9+20) in 41 games with the AHL club.

Aston-Reese acclimated himself well to the NHL game, recording six points (4+2) in 16 contests, while missing nearly a month to injury.

But the Staten Island native found himself back in NEPA as the start of the 2018-19 campaign approached, due to what he said was a combination of quality forwards on the big club, as well as a slight dip in play during the preseason.

“I think I could have played a little bit harder, pushed a little harder,” Aston-Reese said after his first practice with Wilkes-Barre on Wednesday afternoon.  “But that’s something that I have to get back in the mindset of, and I think it’s a good opportunity for me to do that.

“It’s important to stay positive.  It’s a great group of guys down here, it’s a good place to be.  I think it’s just finding an extra gear and pushing that much harder down here.”

While fans are likely excited to see Aston-Reese back in action this Saturday, when the Penguins host the Springfield Thunderbirds in their season opener, the person most eagerly awaiting his return is head coach Clark Donatelli.

The coach spent some time chatting with Aston-Reese prior to the on ice session at the Toyota SportsPlex, and had no qualms about the skaters approach now that he’s back in the AHL.

“He’s a great pro, he’s down here with a great attitude.  He’s going to control what he can control, and that’s how hard he works and how well he plays,” said Donatelli.  “He’s dialed in and excited to be here, and ready to go.”

Aston-Reese got back to work with a pair of new linemates on Wednesday, as he skated alongside rookies Anthony Angelo and Sam Lafferty.  It’s a grouping that he’s happy to be a part of.

“Angelo’s a big guy, and likes to use his body getting in on the forecheck. Lafferty’s a fast skater, and a really good center iceman.  I’m excited to play with those guys.

“Both college guys too, so a little chemistry from the start hopefully.”

Wilkes-Barre/Scranton opens the regular season at home on Saturday, Oct. 6 against the Springfield Thunderbirds. Individual tickets for Wilkes-Barre/Scranton home games can be purchased at the Mohegan Sun Arena at Casey Plaza box office, through Ticketmaster.com, or by contacting the Penguins’ offices at (570) 208-7367.