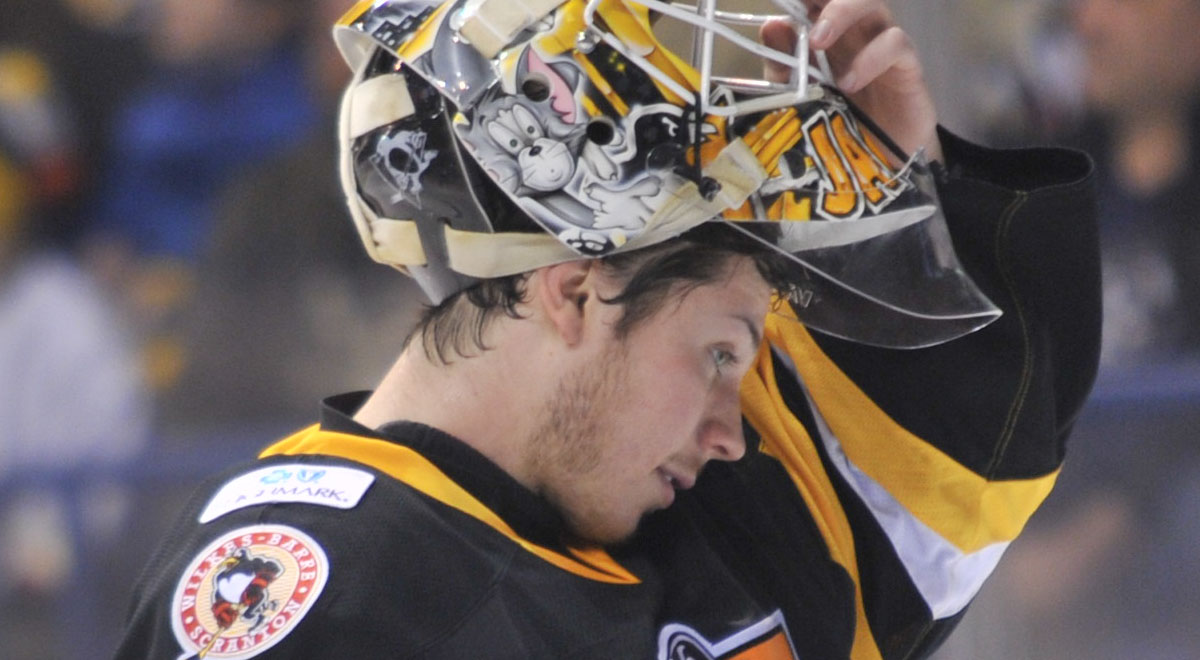 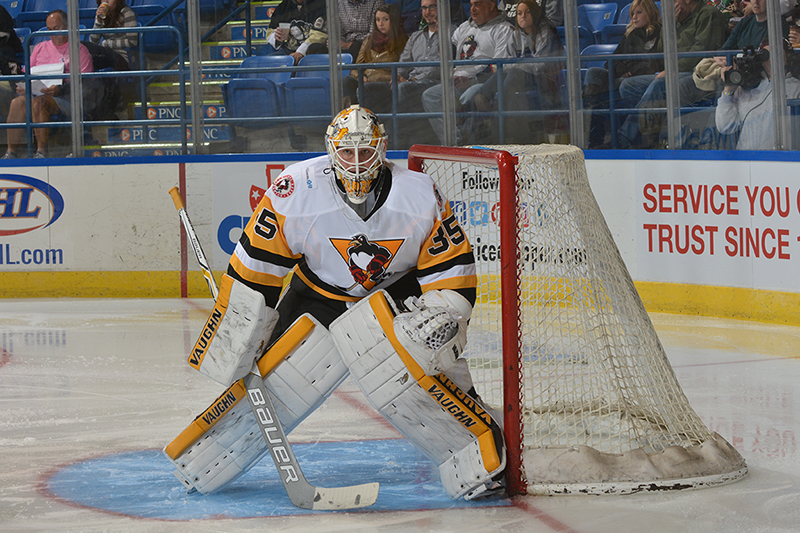 The Pittsburgh Penguins have recalled goaltender Tristan Jarry on an emergency basis from the Wilkes-Barre/Scranton Penguins of the American Hockey League, it was announced today by executive vice president and general manager Jim Rutherford.

Forward Derek Grant has been assigned to the Wilkes-Barre/Scranton Penguins.

Wilkes-Barre/Scranton takes on the Cleveland Monsters on the road this Thursday and Saturday nights, before returning home for a midweek contest against the Hershey Bears on October 17.

Individual tickets for Wilkes-Barre/Scranton home games can be purchased at the Mohegan Sun Arena at Casey Plaza box office, through Ticketmaster.com, or by contacting the Penguins’ offices at (570) 208-7367.