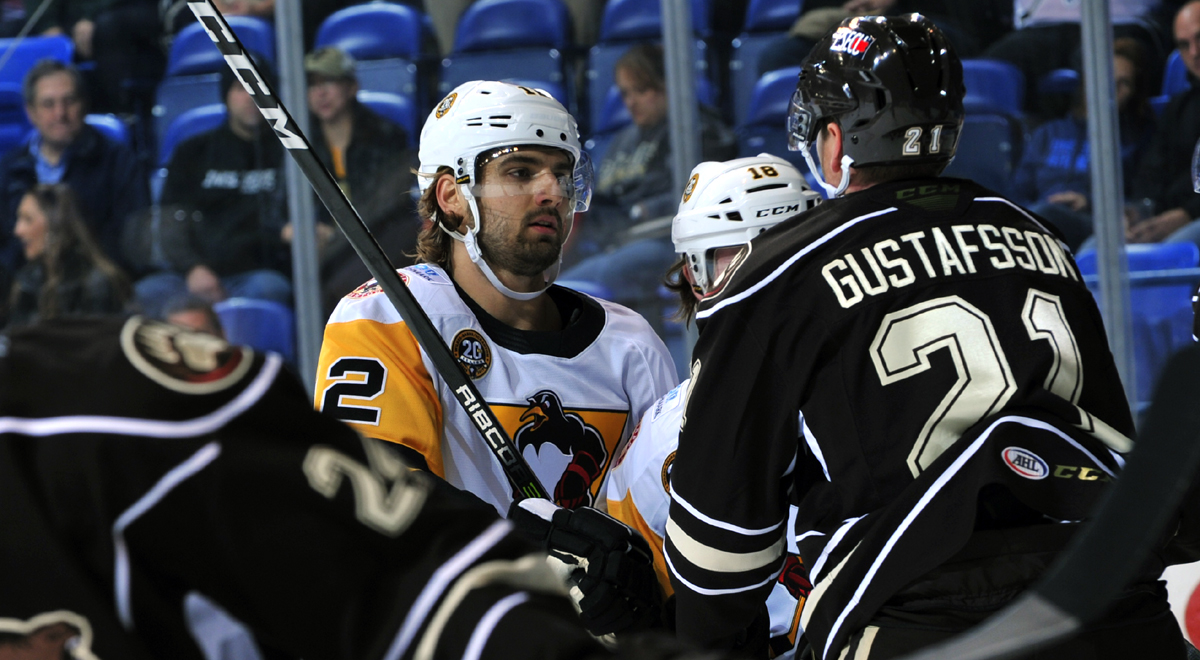 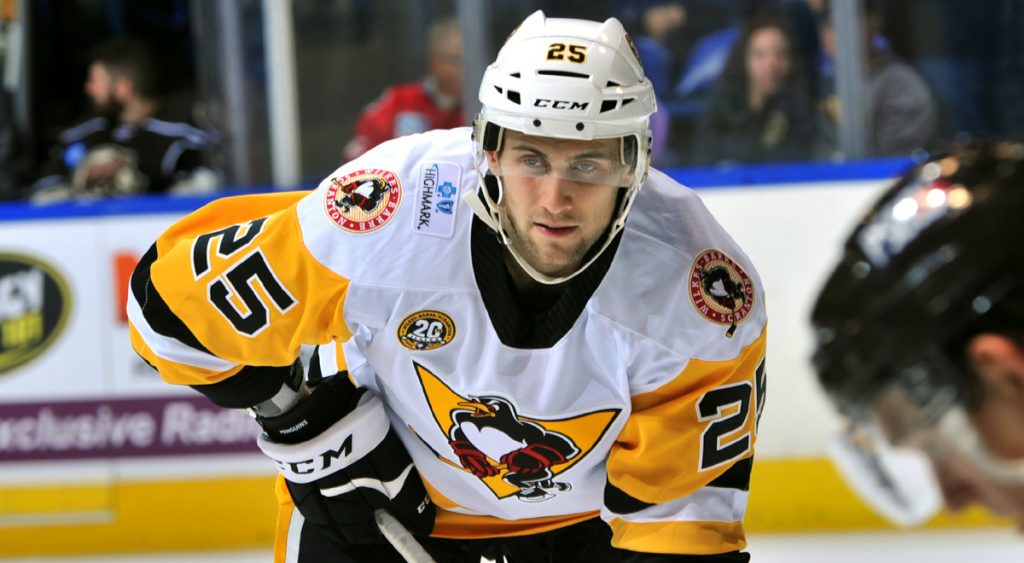 WILKES-BARRE, Pa. – The Wilkes-Barre/Scranton Penguins fell for the first time this season, losing to their bitter in-state rival, the Hershey Bears, 3-2, at Mohegan Sun Arena at Casey Plaza on Wednesday night.

Wilkes-Barre/Scranton (3-1-0-0) forged an exciting two-goal comeback early in the third period, but Hershey received a go-ahead goal from Jayson Megna for another lead that was never relinquished.

Hershey got the offense going early on with a pretty, short-side snipe by Axel Jonsson-Fjällby less than two minutes into the game. Jonsson-Fjällby scored on the Bears’ first shot of the game, which was also his first goal in the AHL.

After Jonsson-Fjällby’s tally, the two teams’ penalty kill and superb goaltending defined the game’s next 38 minutes. Hershey’s Vítek Vaněček hung tough in the net, turning away all 31 shots the Penguins threw his way in the first two periods.

Just as the Penguins thought they were heading into the second intermission down by only one score, Hershey’s Liam O’Brien’s third goal of the season came with 20.2 seconds left in the middle frame, and the Bears had a two-tuck lead.

Wilkes-Barre/Scranton came out firing on all cylinders to start the third period, and it took Tobias Lindberg just 2:19 into the frame to slash the Bears’ lead in half. Lindberg used a rebound to finally get one past Vaněček on his team’s 35th shot of the game. Less than two minutes thereafter, Garrett Wilson tipped in a shot on the power play to pull even with Hershey, 2-2.

The Penguins had their momentum compromised when Megna received a backdoor pass and put it behind Tristan Jarry a mere 2:19 after Wilson knotted the score.

Despite a valiant effort with the goalie pulled for an extra attacker, the Penguins were unable to beat Vaněček one last time and force overtime.

Jarry finished the night with 25 saves on 28 shots faced, while Vaněček put up 40 saves on 42 shots.

Wilkes-Barre/Scranton’s next game is against another Pennsylvania rival, the Lehigh Valley Phantoms, on Friday, Oct. 19 at PPL Center. The Penguins’ next home contest is also against the Phantoms on Saturday, Oct. 20. Puck drop between the Penguins and Phantoms is scheduled for 7:05 p.m.