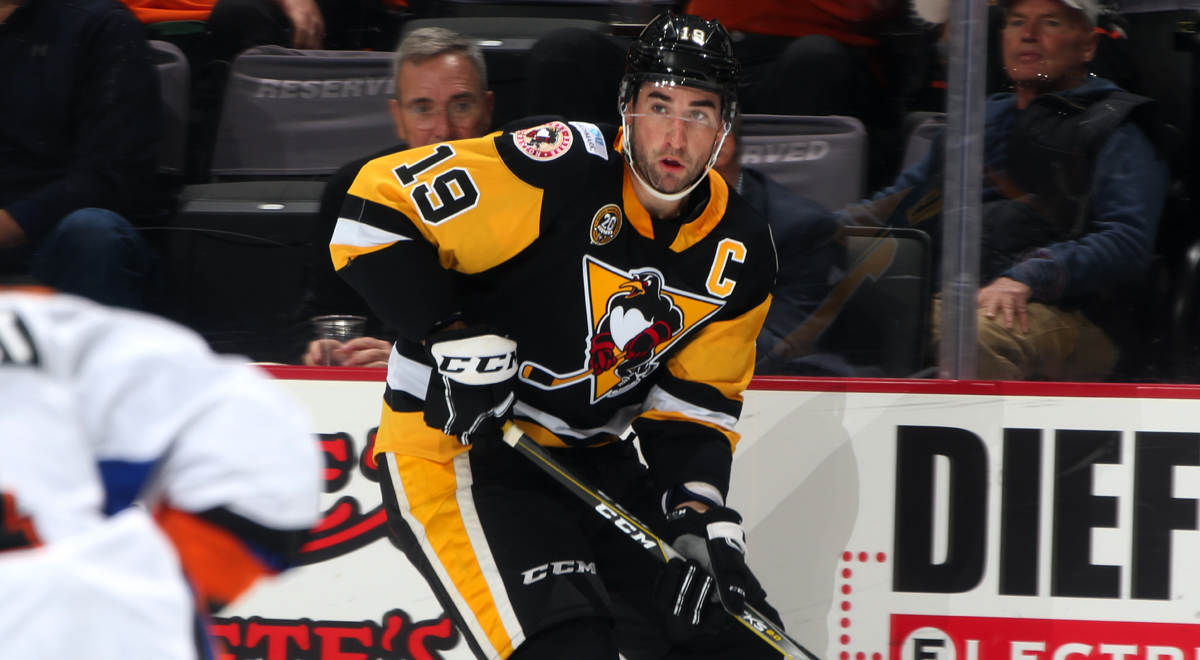 WILKES-BARRE, Pa. – The Wilkes-Barre/Scranton Penguins used a clutch goal from captain Garrett Wilson to catapult past the Lehigh Valley Phantoms, 5-4, at PPL Center on Friday night.

Wilkes-Barre/Scranton (4-1-0-0) was caught in a dramatic, back-and-forth match with its intrastate rival. The game was tied on four different occasions throughout the night, and the Penguins were able to avoid overtime by remaining composed when it mattered most.

At the tail end of a thrilling third period, Wilson was able to muscle a rebound across the goal line for the game-winning goal when only 64 seconds were left in regulation. Jimmy Hayes charged forth on a two-on-one rush with Wilson, and after his initial shot was stopped, Hayes tapped the loose puck over to Wilson who sealed the victory for the Penguins.

Earlier in the game, the Penguins struck first on a snipe by Linus Ölund at 17:17 of the opening frame. Patrick McGrath, making his season debut for Wilkes-Barre/Scranton, threw a big hit in the corner, which forced the turnover that directly led to Ölund’s first AHL goal. The Penguins’ lead was short-lived, however, as Lehigh Valley evened the score on a Mike Vecchione tally with 45 seconds left before the first intermission.

Early in the second stanza, the Penguins and Phantoms traded goals in short order once again. Sam Miletic took advantage of a turnover by Lehigh Valley goalie Carter Hart and scored his first AHL goal, as well, 2:18 into the period. Less than a minute later, Philippe Myers notched a goal for the Phantoms and tied the game, 2-2.

Tempers flared throughout the game, and the fisticuffs resulted in four second-period power plays for Lehigh Valley. The Penguins held the Phantoms’ power play at bay for the time being, but the two clubs remained at each other’s throats.

The tension may have been the boost Wilkes-Barre/Scranton needed, as its lead was restored when Zach Aston-Reese buried a wayward shot attempt that bounced off the glass behind the net at 13:12 of the second period.

T.J. Brennan and Greg Carey scored a pair of power play goals within a minute of one another quickly to start the third, giving Lehigh Valley its first lead of the game. Teddy Blueger reenergized Wilkes-Barre/Scranton with his own man advantage marker, pushing a rebound beyond the goal line to draw an even score with just a tick above thirteen minutes remaining in regulation.

With overtime looming, Wilson put in the decisive goal and gave the Penguins the 5-4 win.

Tristan Jarry turned away a flurry of Phantom looks in the final minute, with the help of an exceptional, all-out defensive push by Wilkes-Barre/Scranton. Jarry ended the night with 28 saves on 32 shots faced. Hart matched Jarry’s save total on 33 shots faced.

The Penguins’ next contest is a rematch against Lehigh Valley tomorrow, Saturday, Oct. 20, at Mohegan Sun Arena at Casey Plaza. Puck drop between the Penguins and Phantoms is scheduled for 7:05 p.m.