PENGUINS FALL TO PHANTOMS IN SECOND HALF OF HOME AND HOME 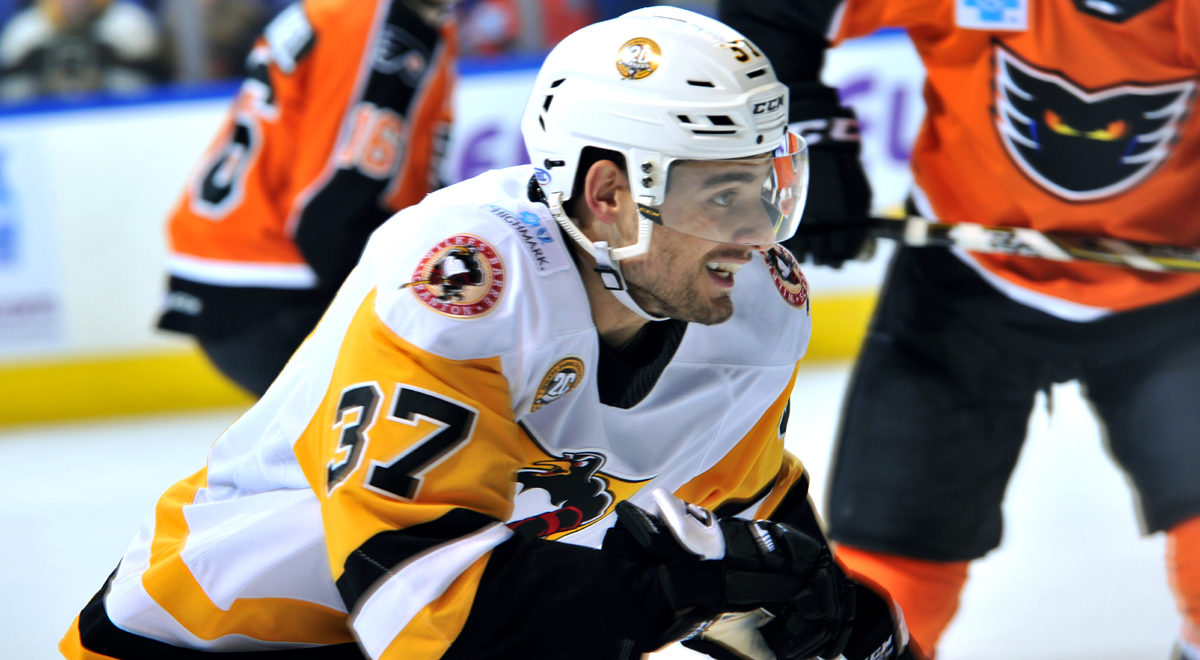 WILKES-BARRE, Pa. – The Wilkes-Barre/Scranton Penguins were defeated, 6-3, by the Lehigh Valley Phantoms on Saturday at Mohegan Sun Arena at Casey Plaza in their second night of an offensively charged home and home series.

Wilkes-Barre/Scranton (4-2-0-0) started the first period strong thanks to rookie Sam Miletic’s two goal showing, but was unable to hold the Lehigh Valley offense at bay long enough to get the win.

Miletic scored his first goal of the evening for the Penguins at 7:27 of the first period by redirecting a shot from Will O’Neill. The 21-year-old forward struck again less than four minutes later on a rebound that jutted right in front of Phantoms goalie Alex Lyon. Miletic’s two swift strikes marked the first time this season that a Wilkes-Barre/Scranton player tallied twice in the same game.

The Phantoms started their roll 1:11 after Miletic’s second goal, when Mark Friedman unloaded a slap shot to the opposite side corner of the Penguins’ net.

Wilkes-Barre/Scranton started the second stanza with ferocity; determined to get Miletic a hat trick opportunity. Some deft defensive play denied Miletic the chance to score again, allowing German Rubtsov to even the score, 2-2, at 6:40 of the middle frame. The Phantoms translated their momentum into a Phil Varone goal that came six seconds into Lehigh Valley’s first power play opportunity of the game.

Undeterred, Ethan Prow responded at 14:38 of the second with a top-shelf slap shot from the blueline, tying the matchup, 3-3. The back-and-forth scuffle did not end there as the Phantoms capitalized yet again on another Rubstov goal with 51 seconds left in the period.

Philippe Myers was banged in an insurance marker for the visitors at 8:49 of the third period, and Chris Conner sealed the Phantoms’ victory with another man advantage marker.

Goaltender Anthony Peters made 31 saves while being handed his first loss of the season, while Lyon turned away 42 of the 45 shots he faced.

The Penguins’ next contest is a next Friday, Oct. 26 against another in-state rival, the Hershey Bears. Puck drop between the Penguins and Bears is scheduled for 7:05 p.m. at Mohegan Sun Arena at Casey Plaza.