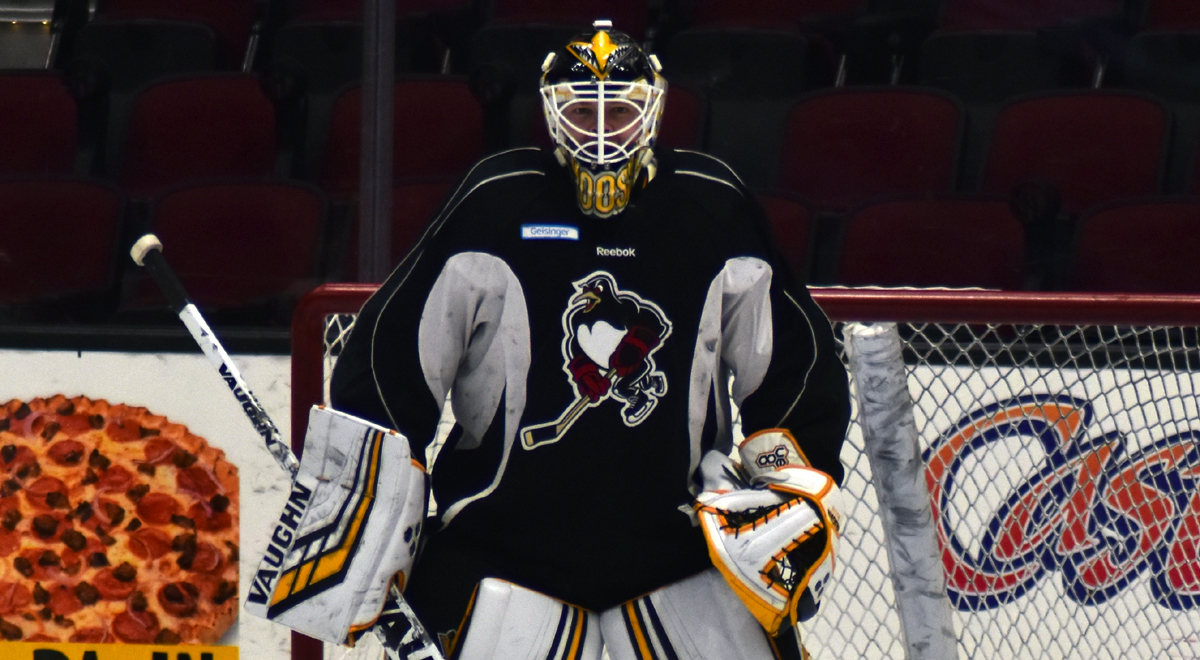 WILKES-BARRE, Pa. – The Wilkes-Barre/Scranton Penguins announced today that goaltender John Muse has been reassigned by the Pittsburgh Penguins (NHL) to the Penguins’ ECHL affiliate, the Wheeling Nailers.

Muse signed an NHL contract with the Pittsburgh Penguins on July 1, 2018 after his impressive 2017-18 campaign.

The 30-year-old goalie from East Falmouth, Massachusetts previously captured two NCAA National Championships as a member of the Boston College Eagles, and he won the ECHL’s Kelly Cup with the Florida Everblades in 2012. Muse was named Kelly Cup Playoffs MVP that year, registering a 1.78 goals against average and .939 save percentage in 13 postseason games on the run to the Everblades’ first and only ECHL title.

Wilkes-Barre/Scranton’s next game is Friday, Oct. 26 against the Hershey Bears at Mohegan Sun Arena at Casey Plaza. Puck drop between the Penguins and Bears is scheduled for 7:05 p.m.