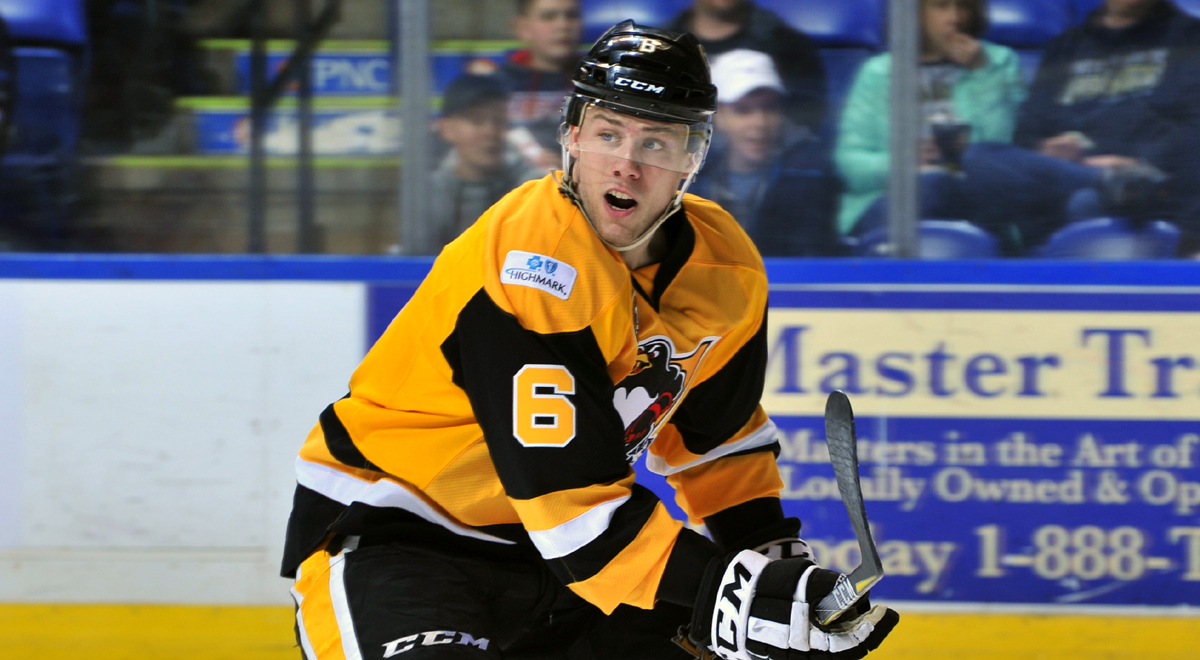 WILKES-BARRE, Pa. – The power play dictated most of the offense in the Wilkes-Barre/Scranton Penguins’ 5-3 win over the Hartford Wolf Pack on Friday night at Mohegan Sun Arena at Casey Plaza.

In the first matchup of a back-to-back set between the Penguins and Wolf Pack, the two clubs combined for five power play goals. Wilkes-Barre/Scranton (6-2-0-1) received tallies from five different scorers, but defenseman Ethan Prow’s career-high three points (1G-2A) put them over the top.

Hartford started the game with a man advantage marker 3:48 into the first frame when Lias Andersson beat Tristan Jarry from the left-side half-wall. However, Wilkes-Barre/Scranton’s response was swift as Tobias Lindberg tied the game and Garrett Wilson earned a power play goal for a 2-1 Penguins lead within five minutes of Andersson’s opening score.

The Wolf Pack managed to even the score with another conversion on their second trip to the power play on the night, this time with John Gilmour doing the honors midway through the opening frame.

After a surprisingly scoreless second period, the Penguins didn’t take very long to reestablish their lead in the third. Sam Lafferty split the Wolf Pack defense and broke free for a backhand breakaway goal at 1:50 of the third period. Prow notched his first goal of the game and completed his three-point effort with another cash-in on the power play at 4:44 of the final frame of regulation. The goal not only granted Wilkes-Barre/Scranton a 4-2 lead in the contest, but also tied Prow’s career-high in goals (4) only nine games into this season.

The Wolf Pack rallied back by striking during a five-on-three man advantage with 6:14 left in regulation. Cole Schneider got just enough of a tip on a sharp-angle bid by Steven Fogarty to redirect it under Jarry and across the goal line.

Anthony Angello gave the Penguins another two-goal cushion with a little more than three minutes left in the game, rifling a shot through traffic following a face-off win that blistered past Dustin Tokarski and brought the game to its final score of 5-3.

The Penguins finished the contest two-for-eight on the power play, and the Wolf Pack went three-for-seven on the man advantage.

Jarry turned away 30 shots for his third win of the season, while Tokarski made 37 saves in net for Hartford.

The Penguins take on the Wolf Pack again tomorrow, Saturday, Nov. 3, at Mohegan Sun Arena at Casey Plaza. Puck drop between the weekend’s second game between the Penguins and Wolf Pack is scheduled for 7:05 p.m.