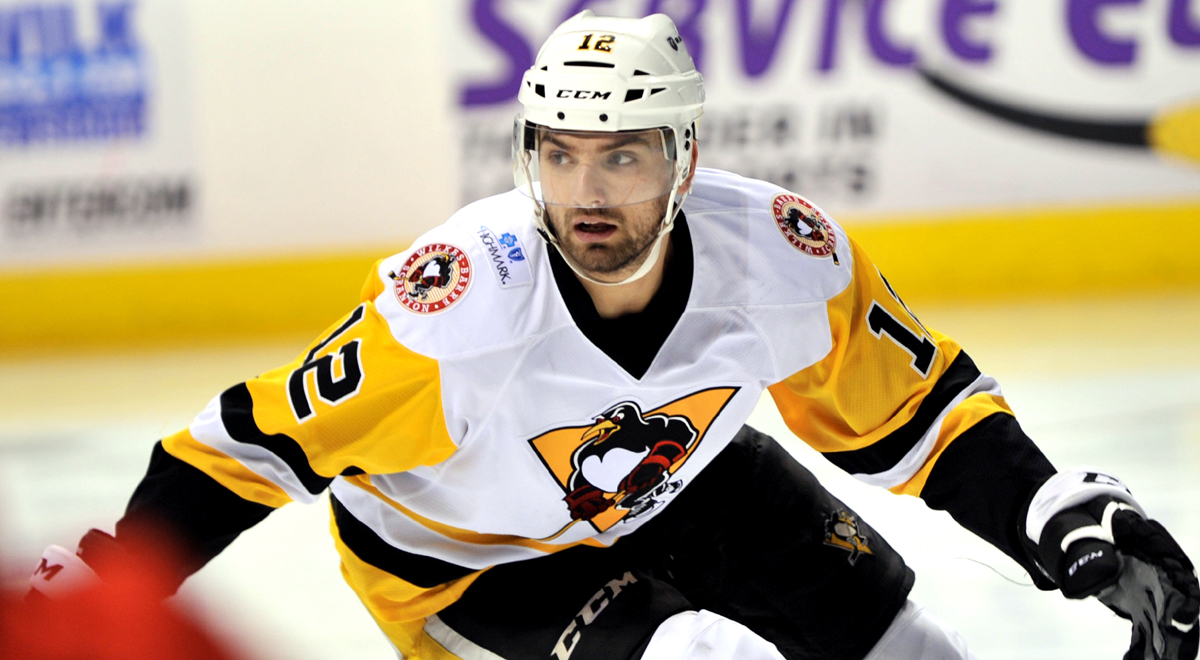 WILKES-BARRE, Pa. – Zach Aston-Reese had the hot hand for the Wilkes-Barre/Scranton Penguins on Sunday, scoring the Penguins’ first hat trick of the season during an 8-5 loss to the Bridgeport Sound Tigers at Webster Bank Arena.

Wilkes-Barre/Scranton (6-4-0-1) received two power play goals and a shorthanded tally from the second-year pro, who completed the first hat trick and four-point game of his career.

Bridgeport rushed out of the gate by scoring twice in the first 3:46 of the game and then increased its lead to 3-0 on a goal by Michael Dal Colle midway through the opening frame.

Aston-Reese got the Penguins on the board with his first power play goal at 14:41, taking a pretty passing play set up by Ethan Prow and Sam Lafferty and then beat goalie Chris Gibson to the short-side.

Otto Koivula’s first AHL goal reestablished a three-goal edge for the Sound Tigers before the first intermission. Bridgeport proceeded to score twice in the second period and extend its lead to 6-1 with tucks courtesy of Dal Colle and Chris Bourque.

Early in the third period, Parker Wotherspoon put the home team ahead, 7-1, but that’s when Aston-Reese and Penguins captain Garrett Wilson went on a tear.

Aston-Reese netted his second man advantage marker on the day at 8:13 of the third period, once again with assists coming from Prow and Lafferty. Bridgeport scored once more, making it 8-2, before Wilson popped in back-to-back goals. The first came when Wilson battled his way from below the goal line to the front of the net and slid it underneath Gibson midway through the final frame of regulation. The captain scored again, this time collecting a rebound on the power play, at 17:05 of the third.

With Wilkes-Barre/Scranton stuck on the penalty kill for the remainder of the game, Aston-Reese completed the hat trick by scoring shorthanded with 35 seconds left in regulation, bringing the game to its final score of 8-5.

Aston-Reese finished the game with three goals and an assist, while Wilson (2G-1A) and Prow (3A) followed suit with three-point performances.

Anthony Peters started the game for Wilkes-Barre/Scranton, but was replaced by Tristan Jarry after making six saves in the first period. Jarry stopped 16 shots in relief, while also becoming the goaltender of record and absorbing the loss. Gibson finished the contest having recorded 21 saves.

Wilkes-Barre/Scranton’s next game is Friday, Nov. 8 when they visit the Providence Bruins. The Penguins’ next home game is Friday, Nov. 16 in what promises to be a heated head-to-head with the Charlotte Checkers. Puck drop between the Penguins and Checkers is scheduled for 7:05 p.m. at Mohegan Sun Arena at Casey Plaza.