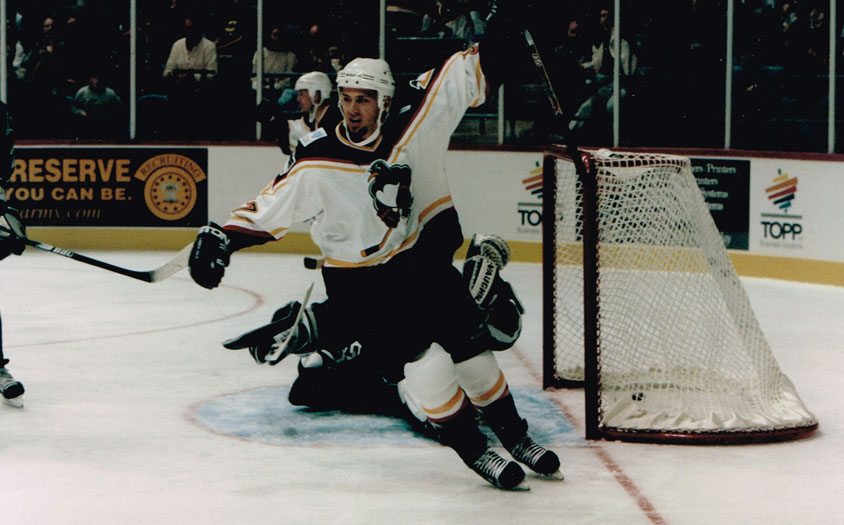 The Wilkes-Barre/Scranton Penguins played the first home contest in team history on November 13, 1999.  It was an exciting night at a packed Northeastern Pennsylvania Civic Arena and Convention Center (what a mouthful!), as the fans witnessed their team post a 4-2 win over the Kentucky Thoroughblades.

To commemorate the eventful evening, we’ve put together this quick look back at the inaugural home opener.  Enjoy these notes and nuggets, as well as a brief video review of the game.

VIDEO HIGHLIGHTS: (Click Here If Video Does Not Show Up Below)

The Penguins will return to their home ice next Friday, Nov. 16, in what promises to be a heated head-to-head with the Charlotte Checkers. Game time between the Penguins and Checkers is scheduled for 7:05 p.m. at Mohegan Sun Arena at Casey Plaza.

Season ticket packages for the 20th season of Wilkes-Barre/Scranton Penguins hockey, including 22-game, 12-game and Flexbook plans, are available by reaching out to the Penguins directly at (570) 208-7367.