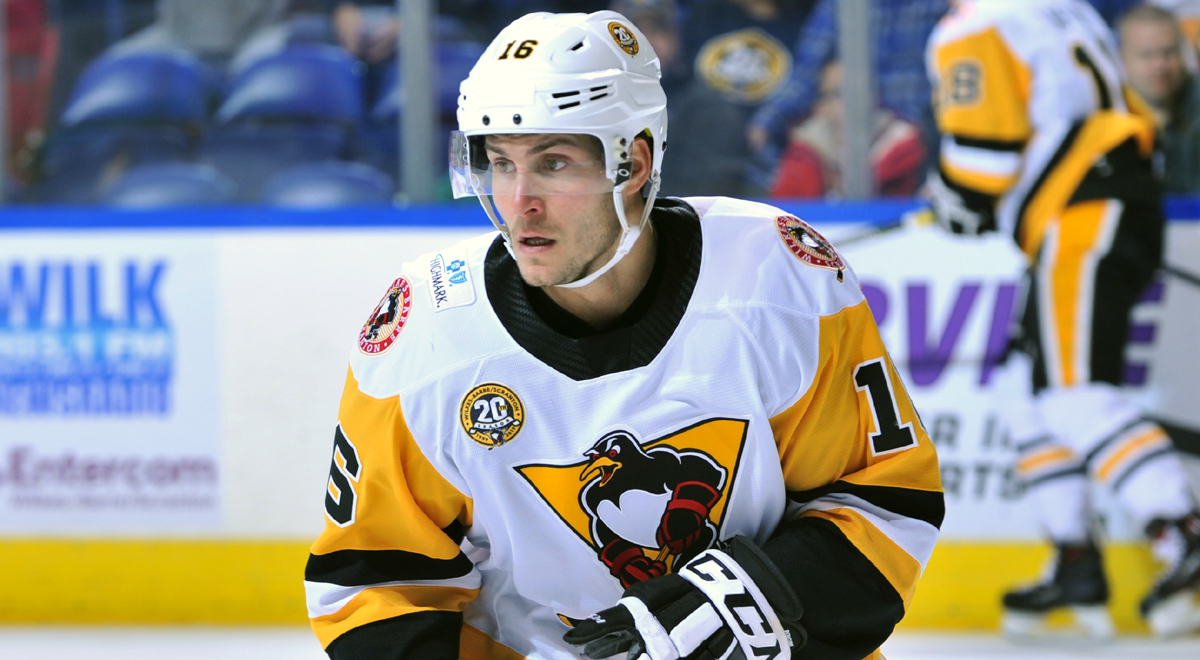 WILKES-BARRE, Pa. – The Wilkes-Barre/Scranton Penguins fell to the Charlotte Checkers, 2-1, on a late goal allowed at Mohegan Sun Arena at Casey Plaza on Friday night.

In a hotly contested matchup between Atlantic Division Rivals, Wilkes-Barre/Scranton (8-6-1-1) drew first blood with a goal by Thomas Di Pauli. It turned out to be the only five-on-five goal scored on the night, as the Checkers ultimately used their man advantage to edge the Penguins.

The first period ended scoreless thanks to more brilliant goaltending by Penguins netminder Tristan Jarry. The 23-year-old received several ovations throughout the opening frame for his flashy work in goal, most notably during a shorthanded defensive stand as the opening frame’s lifespan drew thin.

The scoreless tie was broken exactly one minute into the second period on Di Pauli’s second goal of the season, extending his point streak to four games. Di Pauli and Tobias Lindberg capitalized on a two-on-one rush that was created by a blocked shot by Linus Ölund.

Six minutes and two Penguin penalties after Di Pauli’s marker, Janne Kuokkanen buried during a two-man advantage for Charlotte. Jarry made several stellar saves during the five-on-three penalty kill, but Kuokkanen’s one-timer was enough to even the score.

After a penalty-filled conclusion to the second period and more man advantages sprinkled throughout the third, the game remained even, 1-1, as it entered its final stages. Andrew Poturalski nabbed another power play goal for Charlotte with under four minutes to play in regulation, and his late tally proved to be the game-winner when it was all said and done.

Both Jarry and Charlotte’s Alex Nedeljkovic each faced 28 shots in the game, with the Penguins’ goalie making 26 saves while Nedeljkovic finished with 27 stops.

Wilkes-Barre/Scranton’s next game is tomorrow, Saturday, Nov. 16, when they take on Charlotte for a second straight game at Mohegan Sun Arena at Casey Plaza. Game time for the rematch between the Penguins and Checkers is scheduled for 7:05 p.m.