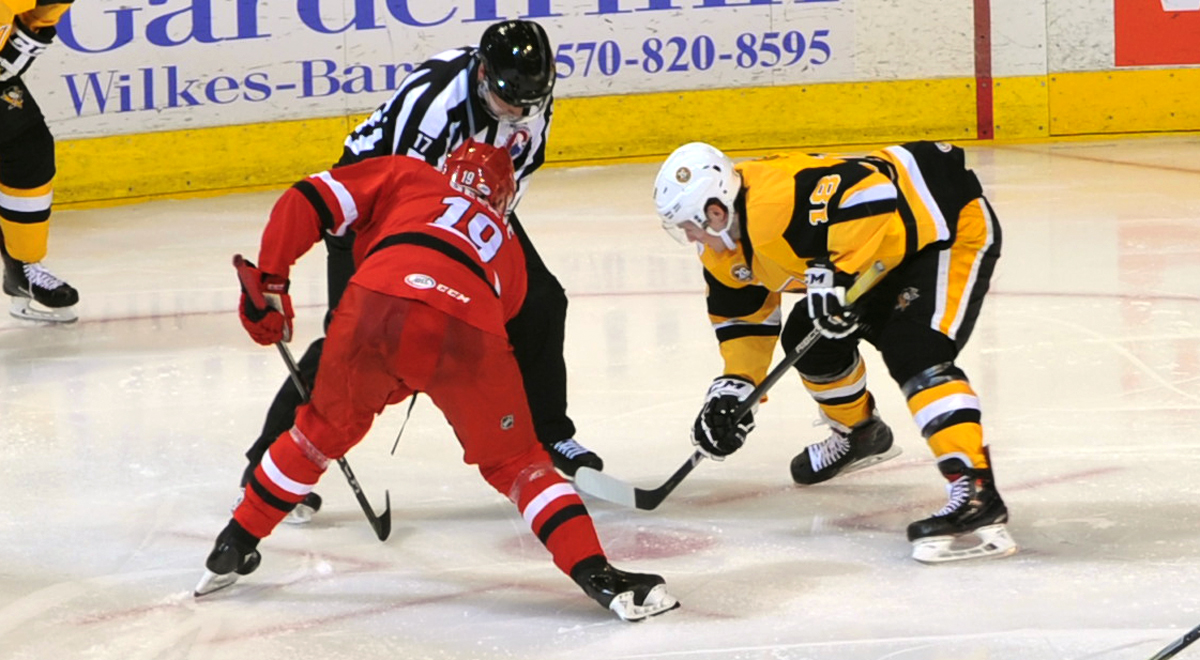 WILKES-BARRE, Pa. – The Wilkes-Barre/Scranton Penguins dropped a 6-5 overtime decision to the Charlotte Checkers at the end of a roller coaster of a night at Mohegan Sun Arena at Casey Plaza on Saturday.

Both teams went through stretches of scoring four-straight goals, with Wilkes-Barre/Scranton (8-6-2-1) breaking out early and its opponent rattling off its high octane offense in the latter stages of the game. Adam Johnson led the way for the Penguins scoring two goals on the night, while Thomas Di Pauli extended his point streak to five games.

Charlotte opened things up early in the first period with a rebound bury by Aleksi Saarela. However, Wilkes-Barre/Scranton struck twice in the two minutes following Saarela’s opening tally, with Johnson and Stefan Elliot finding the back of the net by 7:23 of the first frame.

Di Pauli scored to make it 3-1 at 14:17, leading Charlotte to yank starting goaltender, Alex Nedeljkovic, and replace him with backup Callum Booth.

Johnson struck again for Wilkes-Barre/Scranton early in the second stanza on a lovely setup by Sam Lafferty and then snapping a bar-down snipe over Booth, making the score 4-1.

The Checkers started their hot run with two quick strikes by rookies Cliff Pu and Martin Nečas, both tallying at 11:30 and 13:26 of the second period, respectively. Charlotte pulled even with the Penguins, 4-4, on a slap shot from Dan Renouf midway through the third and final frame of regulation. Seconds later, Charlotte pulled ahead with a power play goal by Greg McKegg.

Undeterred, the Penguins pressed on and leveraged an equalizer of their own from Anthony Angello. Angello gloved down an airborne puck at the net-mouth and stuffed it across the goal line, bringing the game to a 5-5 score with 4:17 left in regulation.

When overtime arrived, Saarela netted his second goal of the night 1:26 into the extra frame to give the Checkers the 6-5 win.

Peters made 27 saves while manning the crease for the Penguins. Nedeljkovic recorded seven saves on 10 shots faced before being replaced by Booth, who denied 21 of 23 bids for the Checkers.

Wilkes-Barre/Scranton’s next game is the Friday after Thanksgiving, Nov. 23, when it pays a visit to play the Springfield Thunderbirds. The Penguins’ next home game is Saturday, Nov. 24 against the Hershey Bears. Game time for the Penguins and Bears is scheduled for 7:05 p.m. at Mohegan Sun Arena at Casey Plaza.