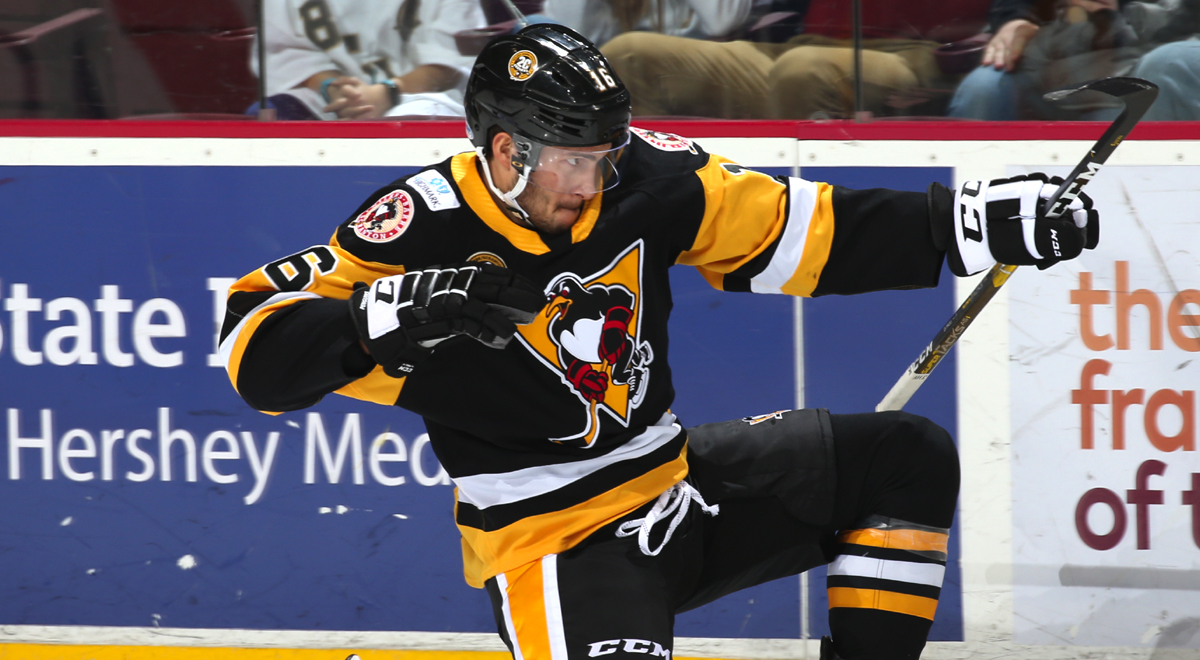 Wilkes-Barre/Scranton (9-8-3-1) received two goals in the first period by Di Pauli, who was also skating in his 100th AHL game. The Penguins never looked back after the third-year pro put them ahead in the opening frame.

Hershey had the opportunity to score early in the first stanza when a penalty shot was awarded to Liam O’Brien. The Bears forward was denied with a blocker save by goaltender Anthony Peters, keeping the game even at 0-0. Shortly thereafter, Di Pauli blocked a shot at the Penguins’ blueline and raced the other way for a backhand, breakaway goal.

Wilkes-Barre/Scranton struck again at 16:01 after a Teddy Blueger shot block sprung Di Pauli on another break. Di Pauli took it down the ice and surgically placed the puck into the top corner over the glove of Ilya Samsonov, making it a 2-0 lead for the visitors.

Ryan Haggerty added another tally for the Penguins early in the middle frame with a power play goal. Adam Johnson found Haggerty on the opposite side of the Bears’ net, and the pass ricocheted off of the latter’s leg and trickled across the goal line.

Twenty-eight seconds into the final period, Jayson Megna broke through for Hershey with a goal on a two-on-one rush, but the Bears never moved any closer towards a comeback.

Peters turned away 26 of 27 shots for the Penguins, while Samsonov also recorded 26 saves for the Bears.

The Penguins’ next game is Friday, Nov. 30 when they travel to Blue Cross Arena to take on the North Division-leading Rochester Americans. Wilkes-Barre/Scranton’s next home game is Friday, Dec. 7 against the Cleveland Monsters. Puck drop between the Penguins and Monsters is scheduled for 7:05 p.m.