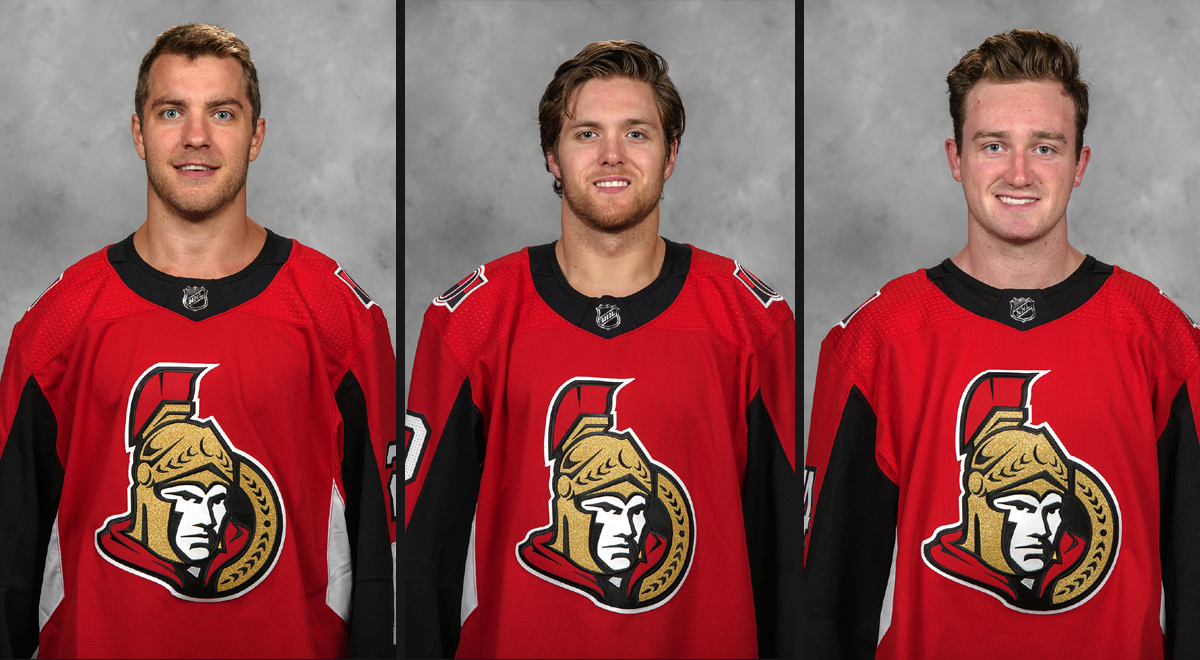 Sexton is a fifth-year pro who recorded nine points, all assists, in 17 games with Belleville this season. He previously had 21 points (10G-11A) in 30 games with the Senators last year, and even tacked on the first two NHL games of his career with Ottawa. He also tied for the Albany Devils’ team lead in goals with 19 tallies during the 2016-17 season.

Originally a seventh round pick (206th overall) by the Boston Bruins in the 2009 NHL Entry Draft, the 27-year-old Sexton played for four years at Clarkson University, where he was a teammate of fellow Wilkes-Barre/Scranton forwards Jarrett Burton and Troy Josephs.

Erkamps has netted six points (1G-5A) in 21 contests this season with the Senators’ ECHL affiliate, the Brampton Beast. Last year, Erkamps played in 46 games for Belleville, earning one goal and four assists for five points in that time.

Prior to turning pro, the defenseman from Delta, British Columbia captained the Brandon Wheat Kings to a Western Hockey League Championship in 2016. He also racked up 58 assists during that season, leading all WHL defensemen, and his 71 total points placed second among league blueliners.

Scarfo, 24, is in his first full year of professional hockey after wrapping up a four-year stint at Union College where he played alongside Penguins defenseman Jeff Taylor. Scarfo posted two goals and two assists for four points in the first 14 AHL games of his career last year with Belleville. This season, he skated in six games for the Senators and then an additional 10 games with the Beast. Scarfo had two points (1G-1A) with Brampton.

Wilkes-Barre/Scranton’s next game is Friday, Dec. 7, when they battle the Cleveland Monsters at Mohegan Sun Arena at Casey Plaza for the first time in nearly a decade. The match-up between the Monsters and Penguins is scheduled for a 7:05 p.m. puck drop.