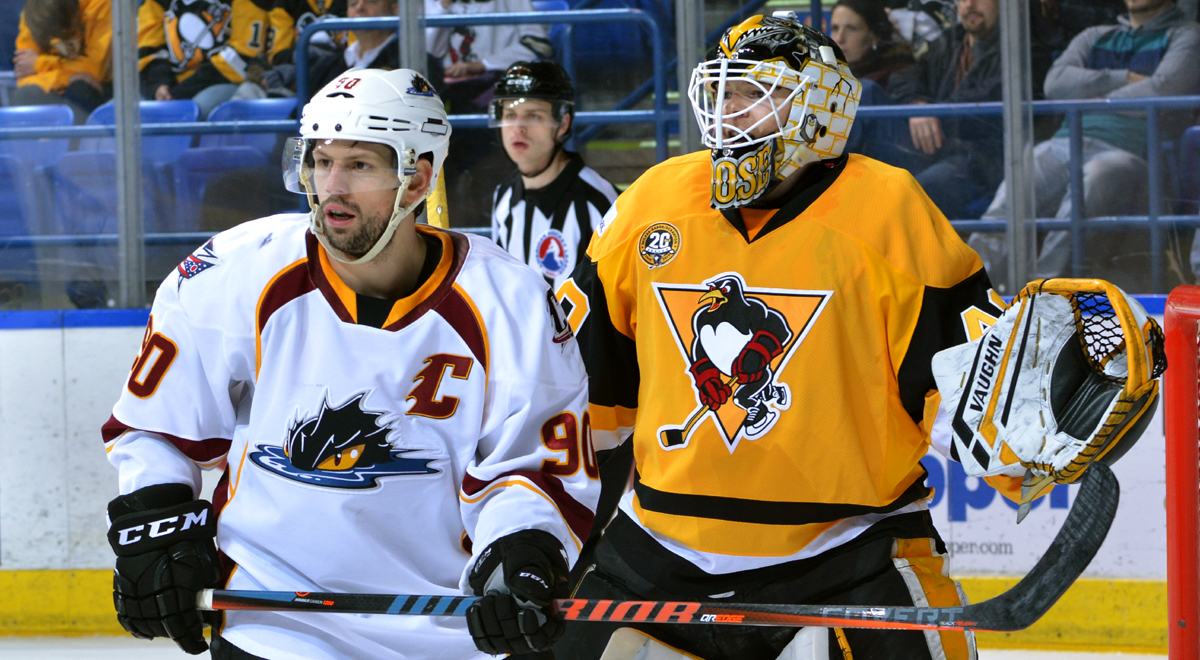 WILKES-BARRE, Pa. – The Wilkes-Barre/Scranton Penguins used a 32-save shutout from John Muse to get back on the winning track with a 1-0 victory over the Cleveland Monsters at Mohegan Sun Arena at Casey Plaza on Friday night.

Last week, Muse was the tough luck loser on the wrong end of a 1-0 decision despite playing an excellent game for the Penguins. Tonight, the fates repaid him for his stellar play between the pipes with a win by that same score, his first win with Wilkes-Barre/Scranton (10-10-3-1).

A patient approach by both clubs set the tone for a scoreless first period. While the Penguins spent a good amount of time on the attack, they managed to rifle only five shots on goal in the opening stanza. Meanwhile, Muse turned aside 10 attempts to hold the Monsters off of the scoreboard.

The Penguins came out with increased urgency in the middle frame and were rewarded for their efforts in the form of a power play goal. Ryan Haggerty blasted a one-timer to the back of the Monsters’ net at 8:34 of the second period for his first goal of the season.

Haggerty nearly snuck in a second goal with roughly 12 minutes remaining in the contest. As he raced past the Monsters through the neutral zone, he unleashed a heavy wrist shot that clanged off the post. However, the insurance goal was unneeded as Muse maintained his composure under pressure and sealed the victory for the Penguins by making 12 saves in the third period, including several in the game’s final moments.

Jean-François Bérubé made 19 saves in the loss for the Monsters, with Haggerty’s man advantage marker being the lone blemish to his stat line on the night.

Wilkes-Barre/Scranton returns to Mohegan Sun Arena at Casey Plaza for its next game tomorrow, Saturday, Dec. 8, a matinée matchup with the Bridgeport Sound Tigers. Puck drop between the Penguins and Sound Tigers is scheduled for 3:05 p.m.