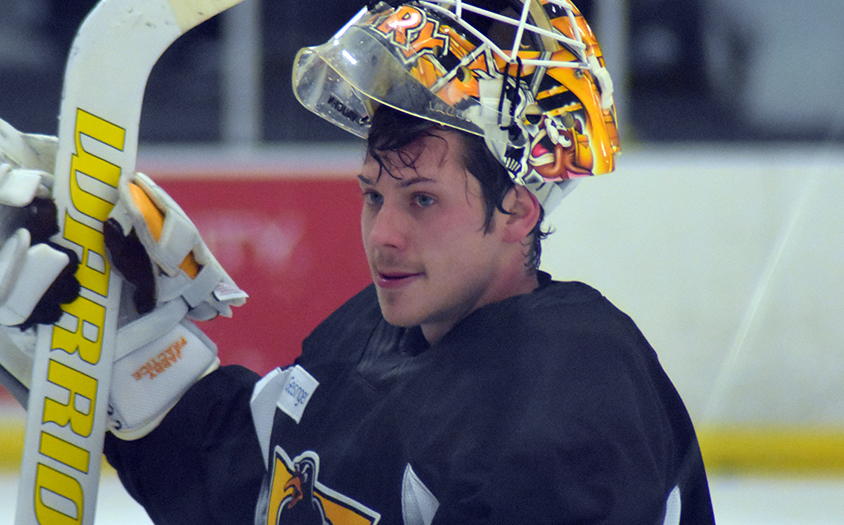 The Pittsburgh Penguins have reassigned goaltender Tristan Jarry to the Wilkes-Barre/Scranton Penguins, it was announced on Wednesday by executive vice president and general manager Jim Rutherford.

Jarry, 23, was recalled from the AHL team on November 22, and appeared in two games with Pittsburgh, posting an 0-1-1 record with a 3.50 goals against average.

The Surrey, BC native has appeared in 11 games with Wilkes-Barre/Scranton this season, posting a 4-5-2 mark with a 2.89 goals against average and .909 save percentage.

Wilkes-Barre/Scranton takes on the Springfield Thunderbirds on the road tonight, before returning home to face the Lehigh Valley Phantoms on Saturday night.  Saturday is also the team’s annual Tobyhanna Teddy Bear Toss.  Fans are encouraged to bring new, unwrapped stuffed animals to the game and throw them onto the ice after the Penguins first goal.  All stuffed animals will be distributed to children in need through Tobyhanna Operations Santa Claus, a charitable private organization operating at Tobyhanna Army Depot.

Season ticket packages for the 20th season of Wilkes-Barre/Scranton Penguins hockey, including 22-game, 12-game and Flexbook plans, are available by reaching out to the Penguins directly at (570) 208-7367.