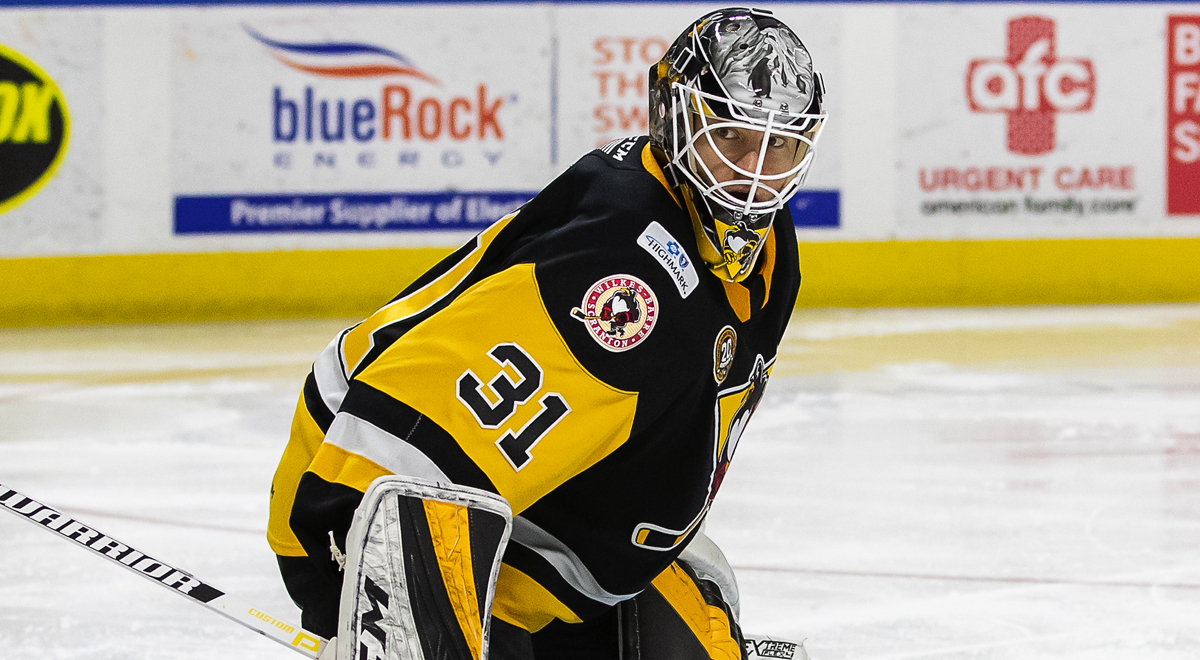 BRIDGEPORT, Conn. – The Wilkes-Barre/Scranton Penguins saw their five-game win streak end in a 1-0 defeat at hands of the Bridgeport Sound Tigers at Webster Bank Arena on Sunday afternoon.

Wilkes-Barre/Scranton (14-11-3-1) outshot Bridgeport 33-25 and had six man advantage opportunities throughout the day, but the Sound Tigers’ goaltender, Christopher Gibson, held firm in net.

The Penguins were assessed two back-to-back penalties in the first three minutes of the game, but were able to kill off both of them. Sebastian Aho broke through for the Sound Tigers at 5:47 of the first period by dancing down the slot and roofing a backhand shot behind Anthony Peters.

In a scoreless middle frame, the Penguins had two power play opportunities and a penalty shot. Jarrett Burton’s penalty shot opportunity slammed off the post, and from then on out, the Penguins were held off by the tight-checking defense of Bridgeport.

The Penguins outshot the Sound Tigers 14-10 in the third period, including huge scoring opportunities for Sam Lafferty and Linus Ölund, but Gibson prevented Wilkes-Barre/Scranton from finding the back of the net. Time ran out before the Penguins could muster an equalizer, and the Sound Tigers snuck away with the win.

Peters stopped 24 of 25 shots faced while Gibson turned away all 33 shots for the Sound Tigers.

Wilkes-Barre/Scranton’s game is Wednesday, Dec. 19, when it has the chance to exact revenge against Bridgeport. Puck drop between the Penguins and Sound Tigers is scheduled for 7:05 p.m. at Mohegan Sun Arena at Casey Plaza.