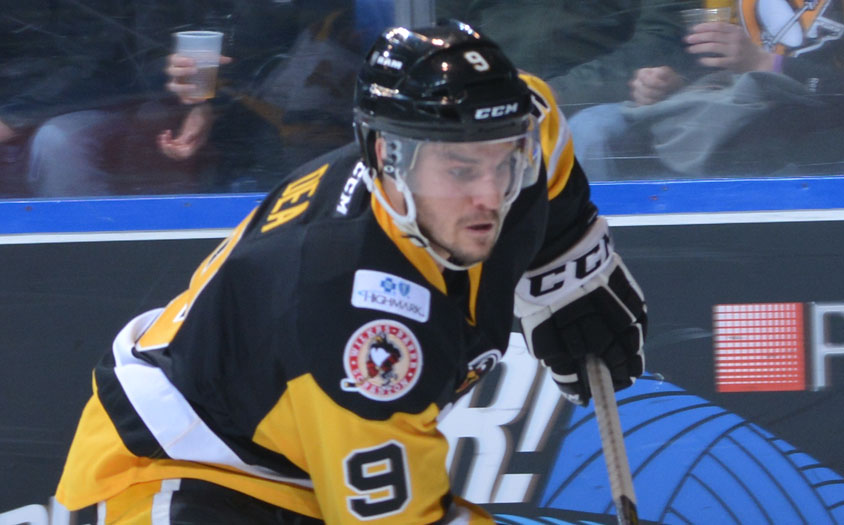 The Pittsburgh Penguins have re-assigned forward Jean-Sebastien Dea to the Wilkes-Barre/Scranton Penguins of the American Hockey League, it was announced Tuesday by executive vice president and general manager Jim Rutherford.

Dea, 24, skated in three games for the Penguins, scoring against the Ottawa Senators on December 8. He was re-claimed by the Penguins off waivers from the New Jersey Devils on November 29.

He established career highs for assists (32) and points (50) during the 2017-18 season and has scored at least 15 goals in 3 of his four full seasons with WBS. Dea was named the WBS Penguins’ team MVP during his career year in ’17-18.

Wilkes-Barre/Scranton’s game is Wednesday, Dec. 19, when it has the chance to exact revenge against Bridgeport. Puck drop between the Penguins and Sound Tigers is scheduled for 7:05 p.m. at Mohegan Sun Arena at Casey Plaza.