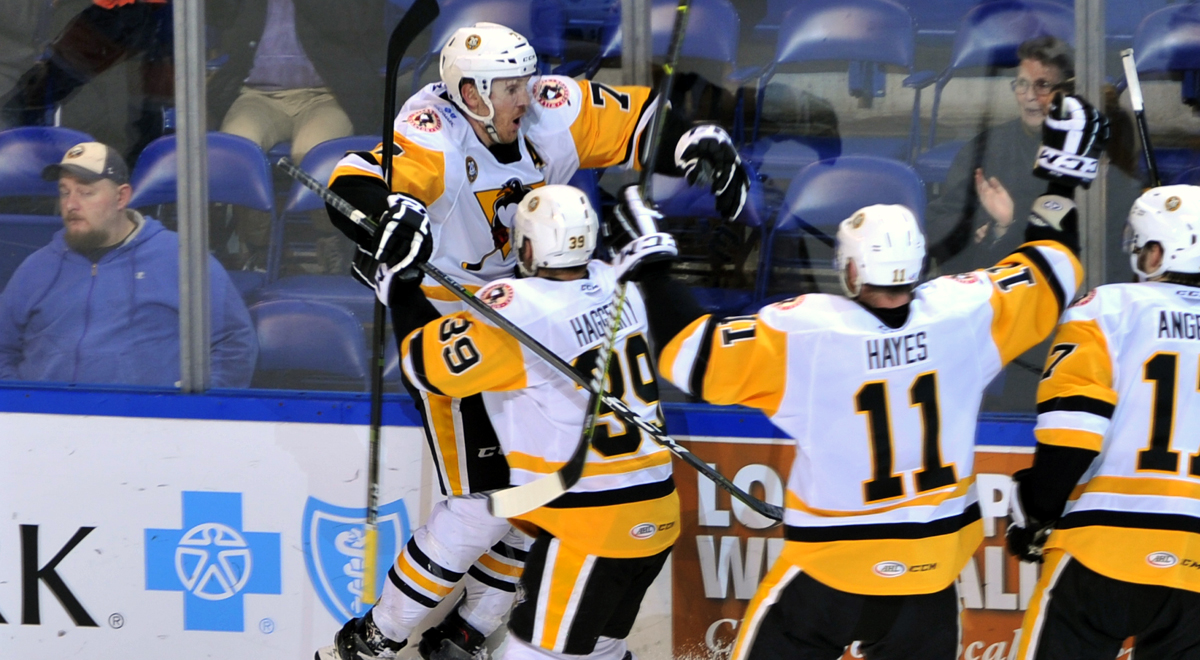 WILKES-BARRE, Pa. – The Wilkes-Barre/Scranton Penguins made a late comeback and defeated the Bridgeport Sound Tigers, 4-3, in overtime at Mohegan Sun Arena at Casey Plaza on Wednesday night.

Ethan Prow scored twice and Sam Lafferty notched three assists as Wilkes-Barre/Scranton (15-11-3-1) pulled off its fifth come-from-behind victory in December. Ultimately, Kevin Czuczman scored the game-winning goal for the Penguins at 2:24 of the extra period, whipping the home crowd into a final frenzy.

Bridgeport earned the opening tally just over a minute into the game as Michael Dal Colle sent one over the head of goaltender Tristan Jarry. The Sound Tigers struck again at 5:27 of the first period on a sharp angle shot by Travis St. Denis.

Prow broke through for the Penguins with a slapshot from the blueline during a man advantage opportunity midway through the middle frame, pulling Wilkes-Barre/Scranton within one.

The Sound Tigers took back their two-tally lead when Mitchell Vande Sompel got a top-shelf marker at 8:30 of the final frame of regulation.

Undeterred, the Penguins pressed on, and proceeded to forge their comeback with two hard-earned goals. Linus Ölund cut the deficit in half with a redirect in the slot that found its way behind Sound Tigers goalie Christopher Gibson with 5:17 left in regulation. With time ticking down and Wilkes-Barre/Scranton on another man advantage, Prow buried his second goal on the night and tied the match, 3-3.

Czuczman sealed the Penguins’ victory by snapping a shot past Gibson on a three-on-one rush during overtime.

Jarry turned away 20 of the 23 shots he faced and even recorded an assist on the game-winning goal. Gibson made 28 saves for Bridgeport.

Wilkes-Barre/Scranton’s next game is Friday, Dec. 21, when it travels down I-81 to write another chapter in its historic rivalry with the Hershey Bears. The Penguins’ next home game is the day after Christmas, Wednesday, Dec. 26, against the Lehigh Valley Phantoms. Puck drop between the Penguins and Phantoms is scheduled for 7:05 p.m.