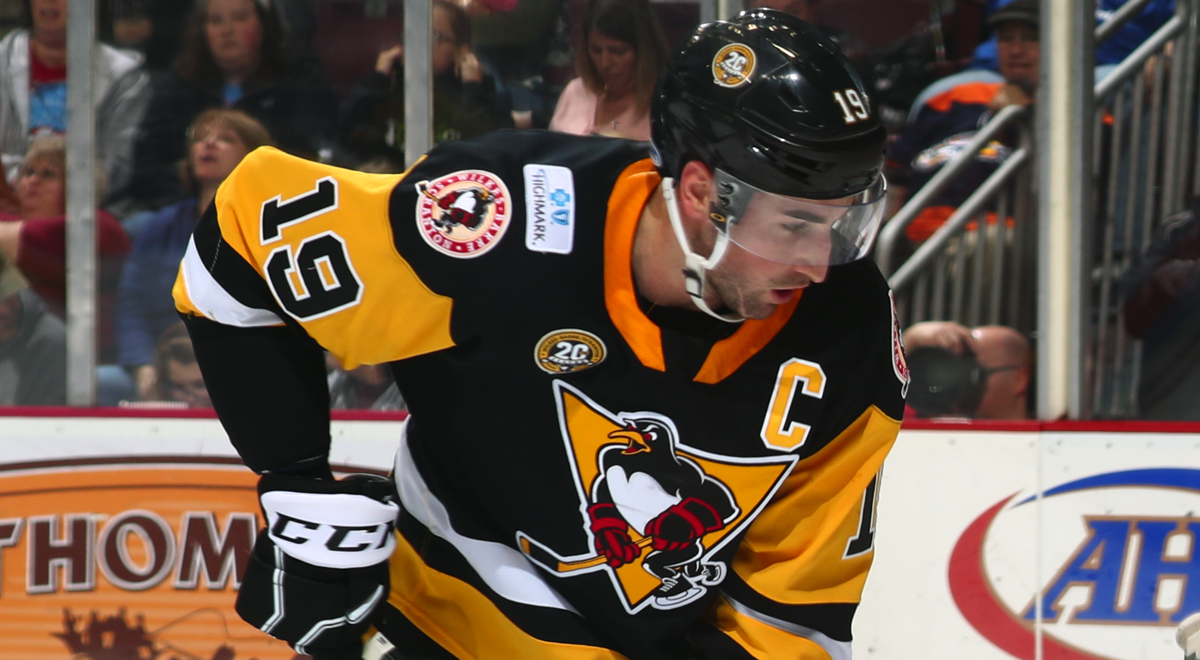 SYRACUSE, N.Y. – The Penguins lost to the Syracuse Crunch in overtime, 4-3, at Onondaga County War Memorial Arena on Saturday night.

The Wilkes-Barre/Scranton (15-12-4-1) suffocated Syracuse’s league-leading power play for most of the night and struck three times on its own man advantage opportunities. However, the Crunch earned a late even strength goal to equalize and then won it early in the extra period.

It took only 61 seconds for the Crunch to get on the board, using an unconventional goal to score first. A broken exchange between goalie Tristan Jarry and defenseman Jeff Taylor behind the Penguins’ net led to Taylor Raddysh softly poking the puck underneath a scrambling Jarry and across the goal line.

The Penguins wasted little time answering Syracuse’s early tally. While on the man advantage, Garrett Wilson redirected in a wrister from Ethan Prow at 5:28 of the first period.

The power play prowess continued into the second period with Wilkes-Barre/Scranton depositing two more on the man advantage. First, Anthony Angello beat Eddie Pasquale at 11:58 of the middle frame, and Jean-Sébastien Dea struck four minutes later for a 3-1 Penguins lead. Syracuse’s Alex Barré-Boulet responded when less than three minutes remained in the period on the Crunch’s seventh trip to the man advantage.

The Penguins put together several more successful penalty kills during the third period to maintain their lead. Wilkes-Barre/Scranton finished the night 10-for-11 on the P.K., but Ross Colton evened the score, 3-3, while the clubs were skating at five-on-five. Colton’s tying goal at 17:33 of the final frame of regulation gave way to Carter Verhaeghe’s game-winner 1:19 into overtime.

Jarry recorded 37 saves while manning the pipes for the Penguins. Pasquale made 20 stops for Syracuse, including a pair of show-stopping glove saves in the third stanza that kept the Penguins from extending their lead.

Wilkes-Barre/Scranton’s next game is the day after Christmas, Wednesday, Dec. 26, against the Lehigh Valley Phantoms at Mohegan Sun Arena at Casey Plaza. Puck drop between the Penguins and Phantoms is scheduled for 7:05 p.m.