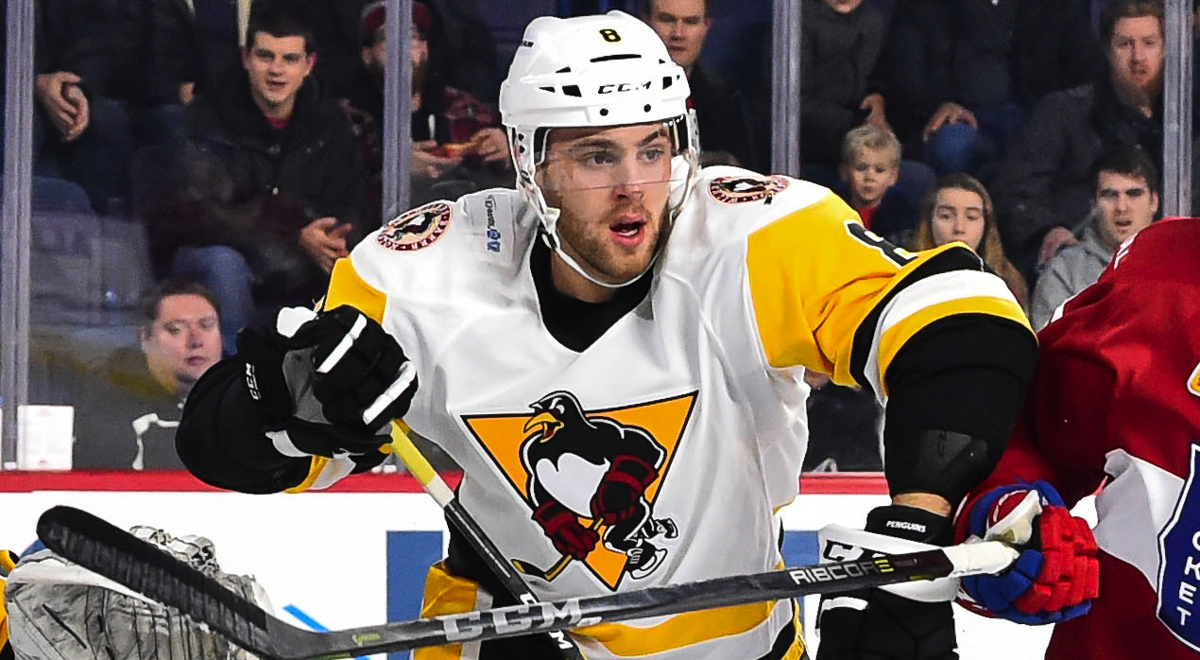 WILKES-BARRE, Pa. – The Wilkes-Barre/Scranton Penguins announced today they have recalled defenseman Kevin Spinozzi from their ECHL affiliate, the Wheeling Nailers.

Spinozzi has enjoyed much success so far this season, topping all ECHL blueliners with 11 goals and 28 points in 26 games played this season. The 22-year-old defenseman’s impressive totals also place him third on the Nailers in both goals and points, and he leads the team with 97 shots on goal. Spinozzi earns this recall to Wilkes-Barre/Scranton while on a seven-game point streak with Wheeling, including back-to-back three-point outings in the Nailers’ last two games on Dec. 21 and 22 at Norfolk.

The native of Granby, Québec was an undrafted free agent who posted two assists in 16 games as a member of the Penguins last season. In his rookie year, Spinozzi also appeared in 12 games for Wheeling, registering two goals and three assists for five points in that time.

Wilkes-Barre/Scranton’s next home game is tonight, Friday, Dec. 28, when they take on another Keystone State rival, the Hershey Bears. Tonight’s game also serves as an Eyewitness News Fan Friday with lower bowl tickets available for just $14 and select draught beers on sale for $2 from 6:00 – 7:30 p.m. Puck drop between the Penguins and Bears at the Mohegan Sun Arena at Casey Plaza is scheduled for 7:05.