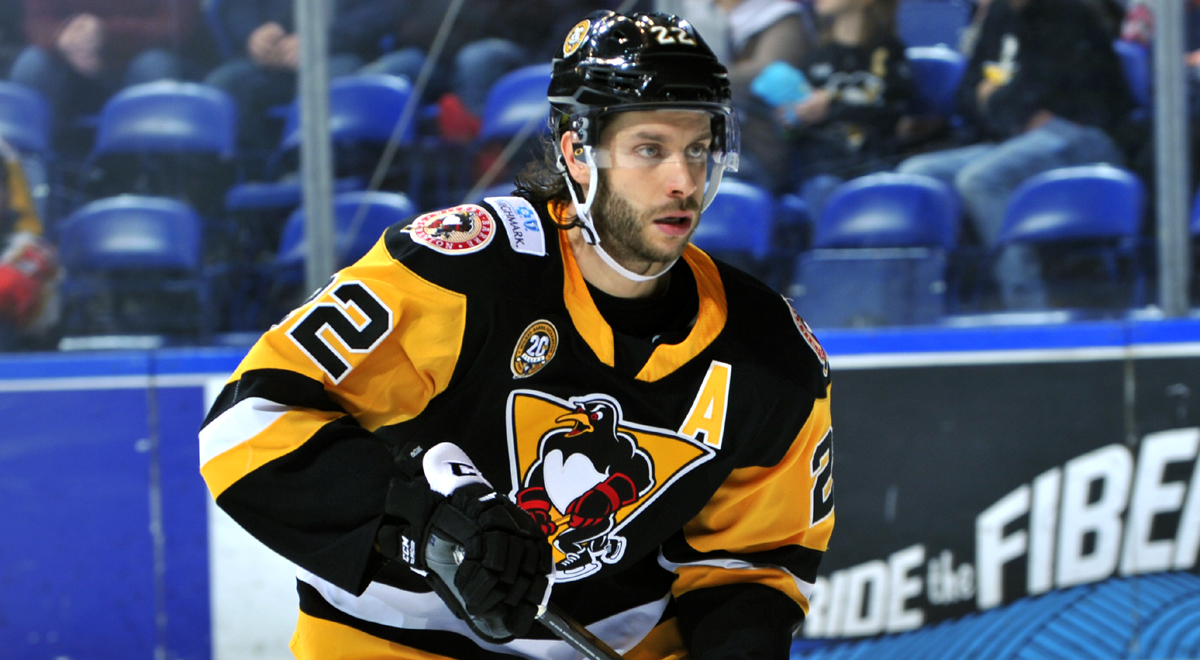 WILKES-BARRE, Pa. – The Wilkes-Barre/Scranton Penguins were defeated by the Hershey Bears, 5-1, at Mohegan Sun Arena at Casey Plaza on Friday night.

Wilkes-Barre/Scranton (15-14-4-1) outshot Hershey 23-21, but had a difficult time finding the back of the net throughout the course of the contest. The Bears, on the other hand, built a lead early in the opening period and held firm the rest of the night.

It didn’t take long for the Bears to get on the scoreboard – Nathan Walker swatted a puck out of mid air and past Penguins goalie Anthony Peters just 16 seconds into the game. Hershey managed to tally again less than two minutes later with a redirection by Grant Besse.

The Penguins successfully killed two penalties in the second period, but the Bears continued to build their lead on a goal by Steve Whitney at 7:13 of the second period, putting Hershey up 3-0. Once again, Hershey found the back of the net in short order as Mike Sgarbossa buried one 1:04 after Whitney’s goal.

Wilkes-Barre/Scranton got on the board at the end of a hard-working sequence by Jarrett Burton and Joseph Cramarossa. Both Penguins forwards charged through the neutral zone, pushing back the Hershey defense. Eventually, a series of passes led the bouncing puck trickling over to Joseph Cramarossa who deposited it behind Vítek Vaněček with a little more than four minutes left in the second stanza.

Hershey’s Garrett Pilon ripped a shot past Peters, off the post and in 2:08 into the final frame, extending his team’s lead to 5-1. The Penguins continued to press for the rest of the period, but were unable to solve Vaněček again.

Peters finished the night with 16 for Wilkes-Barre/Scranton, while Hershey’s Vaněček turned away 22 shots in the win.

Wilkes-Barre/Scranton’s next game is tomorrow, Saturday, Dec. 29, when they visit another Keystone State rival, the Lehigh Valley Phantoms. The Penguins’ next home game is on Friday, Jan. 4 against the Grand Rapids Griffins. Grand Rapids’ only visit to Mohegan Sun Arena at Casey Plaza this season also serves as an Eyewitness News Fan Friday with lower bowl tickets available for just $14 and select draught beers on sale for $2 from 6:00 – 7:30 p.m. Puck drop between the Penguins and Griffins is scheduled for 7:05 p.m.