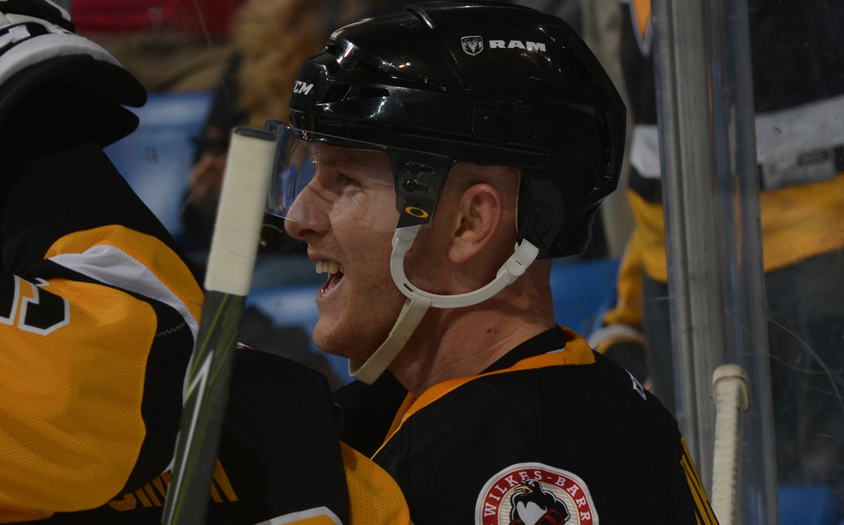 The Pittsburgh Penguins have assigned defenseman Chad Ruhwedel to the Wilkes-Barre/Scranton Penguins of the American Hockey League on a conditioning assignment, it was announced today by executive vice president and general manager Jim Rutherford.

Ruhwedel, 28, has played in 11 NHL games for the Penguins this season, his third with the club. A member of the Pens’ 2017 Stanley Cup championship team, Ruhwedel has 15 points (4G-11A) in 89 regular-season games with Pittsburgh, plus another 18 games of playoff appearances.

Wilkes-Barre/Scranton plays three games in the next four days to close out the 2018 calendar year: Dec. 28 versus Hershey; Dec. 29 at Lehigh Valley; and Dec. 31 at Binghamton.

Throughout the duration of his conditioning assignment, Ruhwedel remains a member of the Penguins’ 23-man active roster.

Wilkes-Barre/Scranton’s next home game is tonight, Friday, Dec. 28, when they take on another Keystone State rival, the Hershey Bears. Tonight’s game also serves as an Eyewitness News Fan Friday with lower bowl tickets available for just $14 and select draught beers on sale for $2 from 6:00 – 7:30 p.m. Puck drop between the Penguins and Bears at the Mohegan Sun Arena at Casey Plaza is scheduled for 7:05.