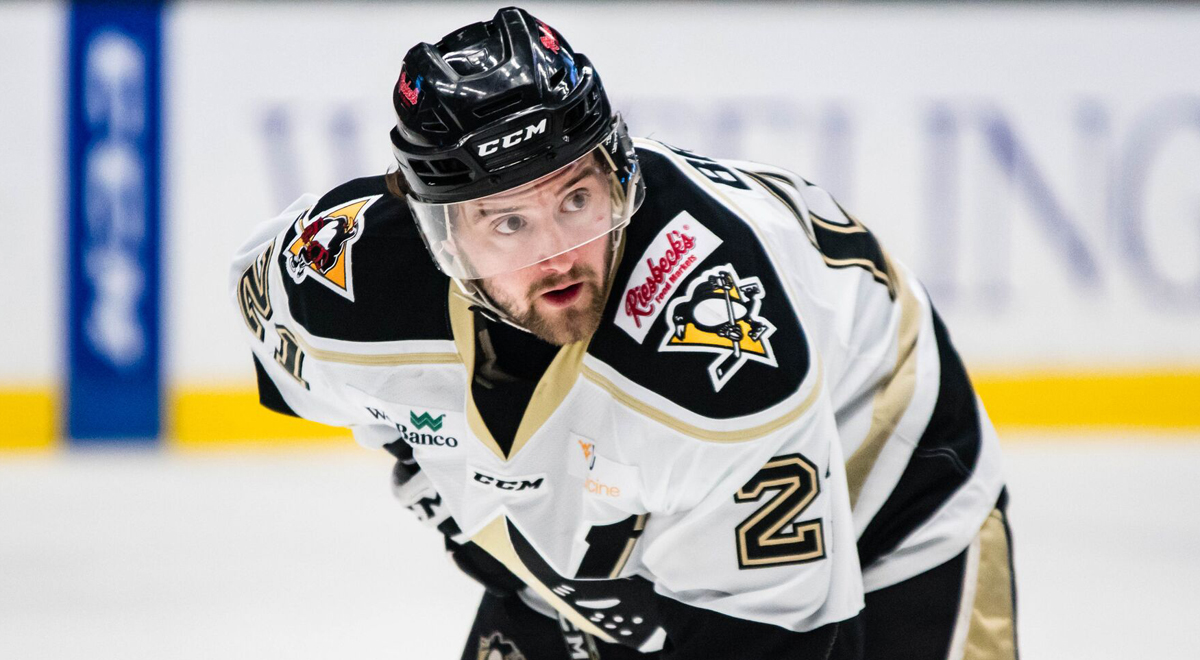 Brown currently leads all Nailers skaters with 26 assists this season, one year after finishing the season second on the team in helpers (36). The forward from Natick, Massachusetts also sits second on the Nailers’ points chart, having earned 34 points this season.

Brown, 25, appeared in one game for the Penguins last season, the regular season finale at Hershey on Apr. 15. He also appeared in 13 additional AHL contests on a professional tryout agreement with the Springfield Thunderbirds, earning a goal and an assist for two points. He scored his first AHL goal in his second AHL game on Feb. 17 vs. Providence.

Muse is an eighth-year pro who posted a 2-2-0 record and one shutout in four games played with Wilkes-Barre/Scranton. During one of his wins, Muse set a franchise record by making nine saves on nine shots faced in a shootout against the Hershey Bears on Dec. 9, 2018. He also became the first Penguins goalie since 2003 to allow four goals or fewer in his first three starts with the team. The East Falmouth, Massachusetts native racked up a 2.00 goals against average and .934 save percentage in his four contests with the Penguins this season, too.

Josephs posted three points, all assists, in 11 games played with Wilkes-Barre/Scranton this season. At the time of his recall to the Penguins on Nov. 26, the 24-year-old from Whitby, Ontario led the Nailers in goals (12) and points (18). Josephs was named Inglasco ECHL Player of the Week for the week of Nov. 12 – 18 after racking up six goals and seven points across three contests, including his second career hat trick.

Wilkes-Barre/Scranton’s next game is a New Year’s Eve battle against the Binghamton Devils at Floyd L. Maines Veterans Memorial Arena on Monday, Dec. 31. The Penguins’ next home game is on Friday, Jan. 4 against the Grand Rapids Griffins. Grand Rapids’ only visit to Mohegan Sun Arena at Casey Plaza this season also serves as an Eyewitness News Fan Friday with lower bowl tickets available for just $14 and select draught beers on sale for $2 from 6:00 – 7:30 p.m. Puck drop between the Penguins and Griffins is scheduled for 7:05 p.m.

PENGUINS LOSE TO CRUNCH ON WEDNESDAY